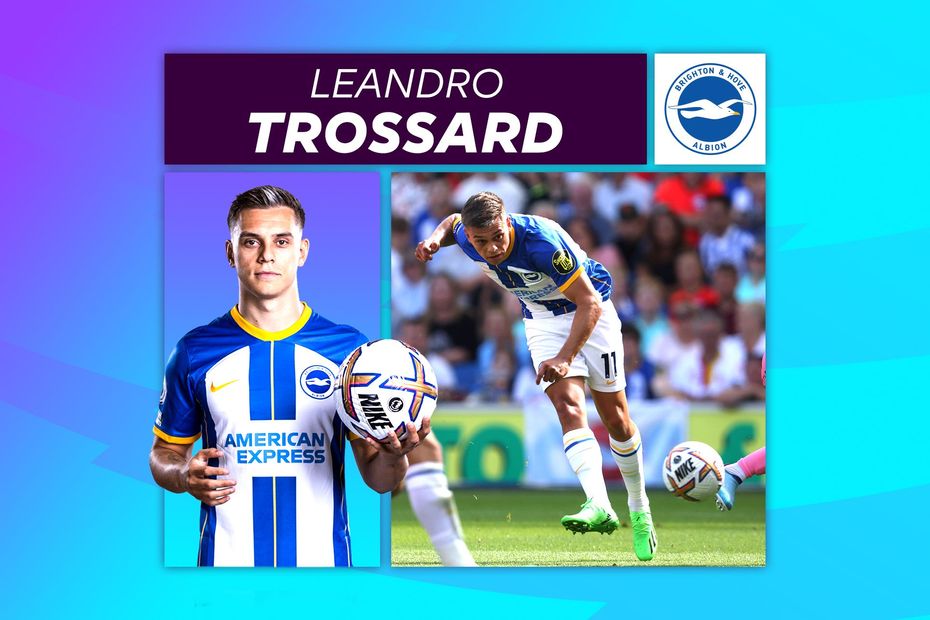 Potter: We're excited to see Trossard in action External Link
Trossard's solo run and finish against Man City
The Premier League is back for 2022/23

The talented Belgian scored once and provided two assists during an exceptional individual display in Brighton’s 4-0 success over United in May.

Cutting inside from the left wing again, he was also outstanding in their 5-1 friendly win against Espanyol last week, netting a quality hat-trick within 14 minutes.

Finding the back of the net in memorable victories over Arsenal, Tottenham Hotspur and Man Utd, he comes into the new campaign with plenty of self-belief.

He is gaining a reputation as somebody who shines against the big clubs, with an equaliser in a 2-2 draw against Liverpool at Anfield.

Those key contributions played a part in Brighton’s impressive away record.

Potter likes his players to be versatile and Trossard is no different, featuring as a left-winger or left midfielder, as a right-sided forward, a No 10 and as striker at various points in 2021/22.

Trossard ended the campaign in a hybrid left wing-back/left-forward role and it was a position that suited him greatly.

As the stats above outline, Trossard is very much Brighton’s biggest threat in attack.

He is quick, travels well with the ball and his movement pushes defenders back into their own area.

Once inside the final third, he is also creative, making more chances in open play and shooting more than any of his team-mates.

It will be fascinating to see if Potter is bold enough to start Trossard as a wing-back at Old Trafford.

He could be directly up against Jadon Sancho, who would certainly test his defensive resolve in 1v1s.

If that is Trossard’s position on the day, Brighton would ask him to push him forward and see if Sancho is willing to follow him.

United’s players will undoubtedly respect Trossard’s qualities, as they know first-hand just how influential he can be.