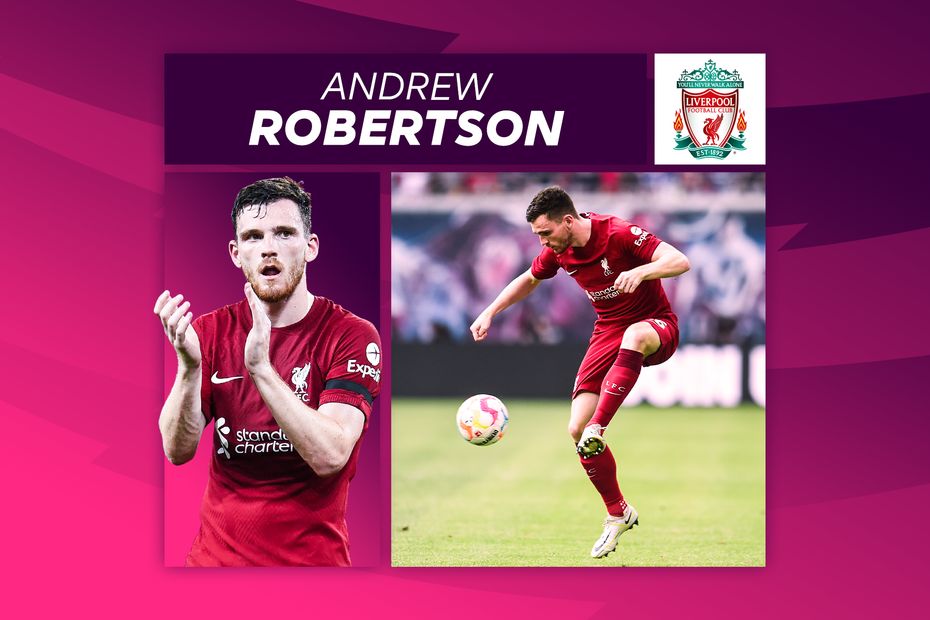 Finding a way to nullify all of Liverpool's chief danger men will require outstanding discipline when promoted Fulham host the Reds in Saturday's early kick-off.

Fulham head coach Marco Silva knows there are potential match winners throughout Jurgen Klopp's side, and his job will be to organise tactical plans to contain them.

Left-back Andrew Robertson should be worthy of special attention.

The Scotland international enjoyed a barnstorming second half to last season and was an influential figure in last weekend's 3-1 win over Manchester City in the Community Shield.

Popping up unmarked at the far post, he almost scored from a first half Trent Alexander-Arnold cross.

Later in the match he arrived in the same position, this time knocking the ball down from a Mohamed Salah cross for Darwin Nunez to score.

Tracking Liverpool's buccaneering full-back will be of critical importance to Fulham.

Alexander-Arnold is one of the best attacking full-backs in world football but throughout a wonderful second-half of 2021/22 his output could not match Robertson's.

Producing a direct goal contribution once every 189 minutes (compared with Alexander-Arnold's 337 minutes), the Scot was arguably in the best form of his career so far.

Motivated by healthy competition from Kostas Tsimikas, Robertson was superb, scoring twice and producing five assists in the last 19 matches.

Pushing himself forward at every opportunity, he was almost the equal of Alexander-Arnold in an all-round creative capacity.

His driving runs down the flank at Craven Cottage will see Luis Diaz slide inside to become a second striker, mirroring what Salah produces from the right.

Liverpool love to switch play with raking passes to the full-backs or wide forwards, so remaining compact down the spine of the pitch could be problematic for Silva’s side.

They will want to set up in a narrow 4-2-3-1, protecting the most vulnerable central portion of the pitch.

However, when the ball is sent towards the flanks, gaps may appear if they do not retain their shape.

Shoring up the right flank

Fulham right-back Kenny Tete, who is under pressure for a starting berth from new signing Kevin Mbabu, has to communicate extremely well with team-mates around him.

Midfielder Harrison Reed could be asked to shift across to the wide areas for support, and the starting right winger, possibly Bobby De Cordova-Reid, must track Robertson’s frequent raids.

In a fabulous Liverpool side that contains a multitude of goal threats, the Scottish left-back cannot be ignored.