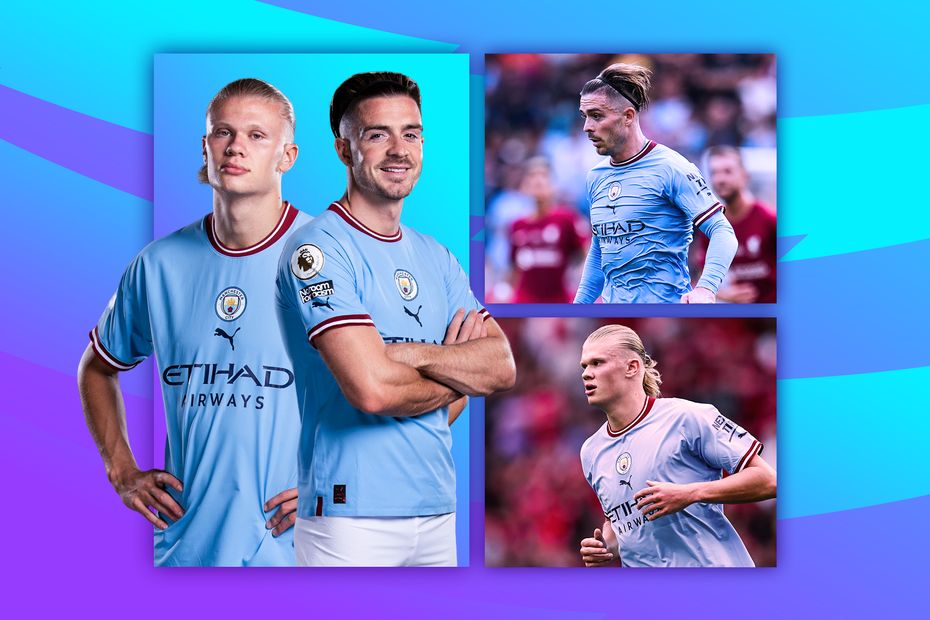 Guardiola certain Haaland will help City this season External Link
All you need to know for 2022/23’s opening weekend
FPL in demand: Grealish can be an early bargain

Producing a return of three goals and three assists, compared with six and 10 respectively in his final season at Aston Villa, Grealish will be targeting a better end product this campaign.

Team-mates Rodri and Riyad Mahrez both made huge strides since getting off to slow starts for City, and there is optimism Grealish can be a star turn playing alongside new striker Erling Haaland.

Grealish has scored on all three of his visits to London Stadium, netting a trio of excellent individual goals. In the penultimate match of 2021/22, he drilled a fiercely struck volley past Lukasz Fabianski during a crucial 2-2 comeback draw.

While at Villa, he also scored memorable solo goals at West Ham in the previous two seasons.

With Grealish so confident in his surroundings and eager to make a big impression, he is a man to watch this Sunday.

Grealish only supplied three Premier League assists in 2021/22, but in open play he was statistically the second-most creative player, narrowly behind Kevin De Bruyne.

Laying on 2.44 chances per 90 minutes, he played his part for the champions.

Darting in from the left, he encountered more deep-lying blocks than he was used to facing at Villa. He successfully pushed defenders back with the ball, enjoying the fifth-most touches inside the opposition box.

However, Grealish was not always able to fashion clear-cut chances or shots from those advanced positions. He ranked outside the top 50 for big chances created and total shots per 90.

With his pace, movement and finishing prowess, Haaland will provide City with a fantastic new dimension against West Ham.

Their attacking midfielders should have more through-ball opportunities, courtesy of Haaland's desire to make runs in behind the last defender.

Haaland's elite predatory instincts will also encourage City’s players to put more balls into the area than when deploying a "false nine" striker.

With this in mind, Grealish could quickly become a key component in City’s tactical evolution. He can deliver the kind of service that will help a striker of Haaland’s style flourish.

West Ham must apply as much pressure as they can to Grealish whenever he gets on the ball, to stop him creating chances for Haaland.

While Grealish will have been frustrated not to supply more goals and assists, the stats suggest he was unfortunate not to enjoy a higher output.

According to Opta’s xA (Expected assists) and xG (Expected goals) the quality of chances he made, or had to score, should have resulted in more goals.

This is a big season for Grealish and with Raheem Sterling and Gabriel Jesus moving on this summer he should enjoy more match time for Guardiola.

If his relationship with Haaland clicks at West Ham, it has potential to pave the way for a special season-long connection.