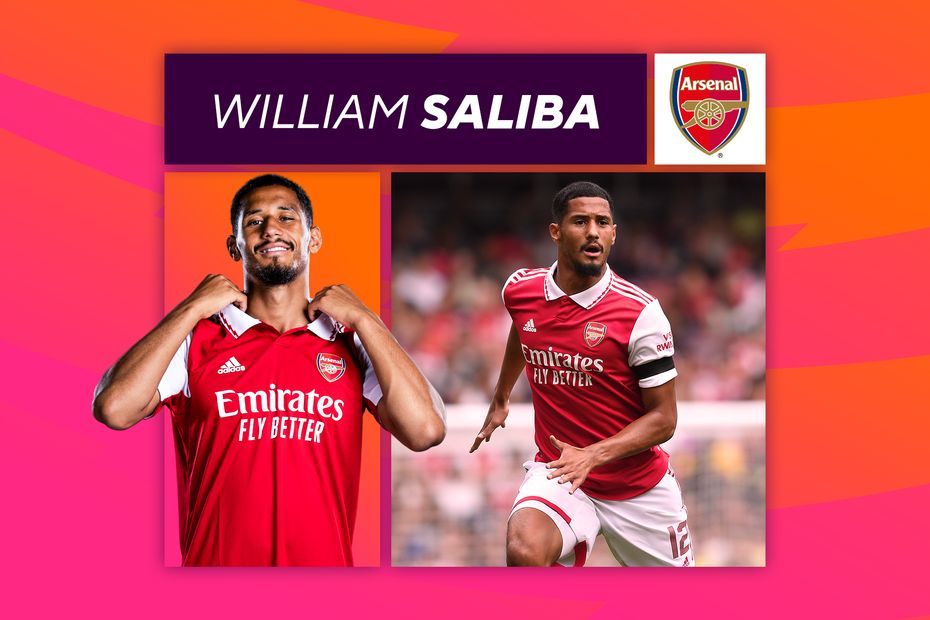 The 21-year-old centre-back has returned from successful loan spells with Nice and Marseille, brimming with confidence.

Sailba has won five caps for France since his time away, as well as being named in Ligue 1’s Team of the Season and manager Mikel Arteta was always going to take a close look at him during pre-season.

The 6ft 3in defender is a strong and athletic physical presence, but that should not disguise his comfort in possession.

He faces a Palace side who overpowered Arsenal with a ferocious pressing game in their 3-0 win last April and Saliba's qualities could stand him in good stead at Selhurst Park.

Saliba’s passing and ball-carrying stats from last season are outstanding.

No Ligue 1 player enjoyed more touches and only three individuals ended the campaign with a better pass accuracy than the 93.7 per cent he produced.

During pre-season Saliba has been largely risk-averse, keeping his distribution and decision-making simple.

However, his numbers from 2021/22 do suggest he will carry the ball into the opposition half with great confidence.

Arteta likes his defenders and midfielders to be brave in possession via progressive forward passes or carries and in that respect, Saliba is exceptionally strong.

He was a top 10 performer in each of those areas in France last term and as the season progresses though, look out for the way he starts attacks from deep.

In what could be a fast-paced and frenetic opening night encounter at Palace, Saliba is likely to be watchful.

In both 2021/22 meetings with Palace, Arsenal struggled to contain the physicality of Jean-Philippe Mateta, Jordan Ayew, Christian Benteke and Odsonne Edouard.

Patrick Vieira will ask for a similarly robust approach from his forwards, providing a stern examination for Saliba.

When he applies pressure to opponents, he invariably comes out on top in those combative duels.

Indeed, Saliba's 46.8 per cent total of disrupting attacks with successful pressures was the best across Europe's top five leagues in 2021/22.

He will find the Premier League a different proposition from a physical perspective, but this stat bodes well for him.

Saliba has all the attributes needed to face one of his toughest tests of 2022/23.