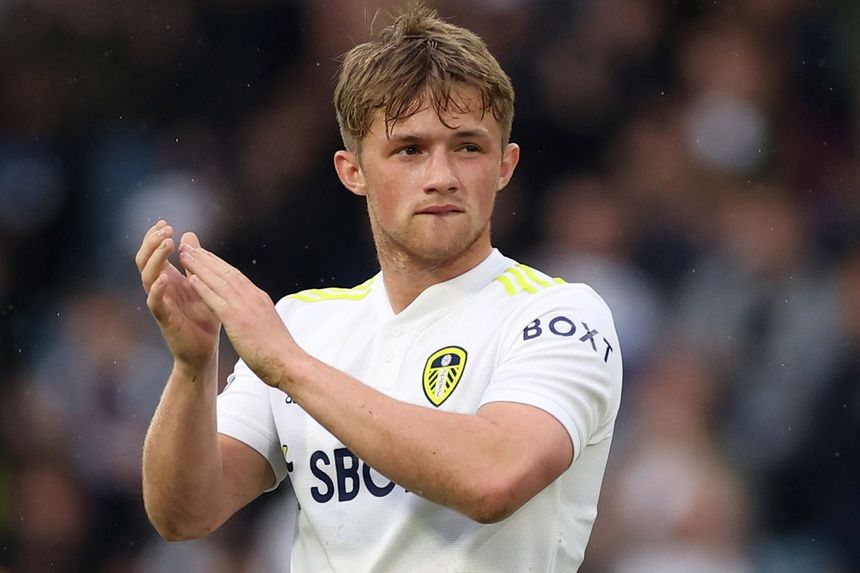 In a difficult season for Leeds United, Gelhardt provided enough flashes of brilliance to suggest he can become a key man for Jesse Marsch's side in 2022/23.

The 20-year-old only made five Premier League starts last term in addition to 15 substitute appearances.

Yet during those fleeting moments on the pitch, he conjured up several key contributions; scoring twice, supplying two assists and winning two penalty kicks.

Back in October, Gelhardt thrilled Leeds fans with a sensational Messi-style dribble, slaloming his way past three Wolverhampton Wanderers defenders before being fouled in the box.

Rodrigo converted that 93rd-minute penalty to salvage a precious point at Elland Road.

Tormenting his opponent by the touchline with quick feet and outstanding trickery Gelhardt beat his man before chipping a beautiful cross towards the far post where Pascal Struijk headed home a crucial 91st-minute equaliser.

🤯 The assist! The header! The limbs! pic.twitter.com/Bu9w8RIe3y

Gelhardt is blessed with great natural ability and is never afraid to take defenders on. Indeed he completed more successful dribbles per 90 minutes than anyone else in the Leeds side, including the highly prized Raphinha.

Gelhardt scored his first Premier League goal in a thrilling 3-2 defeat at Chelsea last December, making a sharp run to get goal-side of Thiago Silva, before converting a low Tyler Roberts cross from close range.

His other top-flight strike was also a poacher’s finish, and another crucial late contribution.

In the 93rd minute of a "relegation six-pointer" against Norwich City, Gelhardt slotted home the winner from four yards out after great work from Raphinha.

🤩 "Gelhardt is the hero!" pic.twitter.com/wh1RT4tjuu

The youngster possesses a terrific left foot and is usually very accurate with it.

He hit the target with 10 of his 15 shots last season and boasts the joint-best shooting accuracy percentage of anyone in Marsch's squad.

The big test now is for Gelhardt to shake off the "super-sub" tag and establish himself as a regular starter at Elland Road.

Patrick Bamford's return from injury will make that task more difficult, but we could also see both front men play together on occasions.

Gelhardt has the ability to occupy a wide-forward role or play in that key role behind a main striker.

As pre-season gets under way it will be important for the former Wigan Athletic striker to continue to impress Leeds' coaching staff and force himself further into Marsch's first-team thinking.

He has proven himself as an effective second-half impact player, but his talent suggests he can offer much more than that.