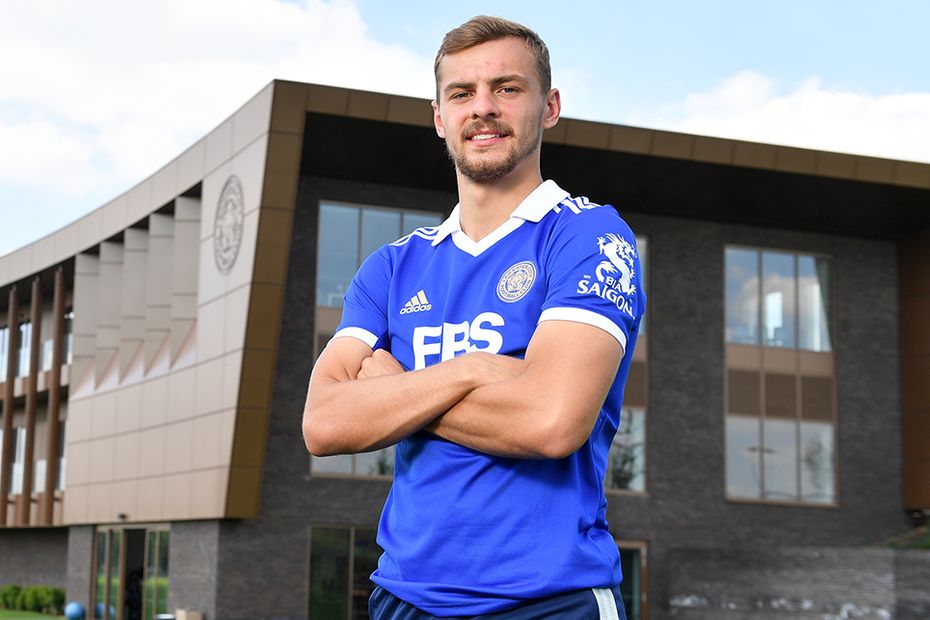 Arguably the biggest success story of Leicester City's 2021/22 campaign was the emergence of the 23-year-old academy graduate.

Dewsbury-Hall, who joined the club at the age of eight, had to be extremely patient to wait for a chance to establish himself in the Foxes' starting XI.

But once he made the breakthrough last term, he instantly became a must-pick for Brendan Rodgers.

Making 28 Premier League appearances in central midfield and 44 across all competitions, Dewsbury-Hall was voted Leicester's Players' Player of the Year by his peers.

Ahead of the new season he has penned a new five-year contract to stay at King Power Stadium, with many now tipping him to be a future club captain.

One of the facets of Dewsbury-Hall's game that brought added value to Leicester's play was his willingness to look up and pick out a forward pass.

When it is on to do so the former Blackpool and Luton Town loanee does not hesitate to feed the ball into players who are ahead of him on the pitch.

His confidence and technical ability enables the Foxes forwards to receive the ball earlier in those key advanced areas.

Rodgers deployed Dewsbury-Hall as an orthodox box-to-box central midfielder, as a defensive midfielder, and, towards the latter stages of last season, also as an attacking midfielder.

That adaptability is a huge plus for the Leicester manager, who must have been impressed by Dewsbury-Hall's rounded qualities.

In a side containing high-class creative talents such as James Maddison, Youri Tielemans and Harvey Barnes, it was Dewsbury-Hall who came up with the most key passes per 90 minutes in open play.

Adept at feeding the right type of passes into attackers, the former youth-team star is excellent inside the final third.

To further highlight his broad range, Dewsbury-Hall also regains possession 6.63 times per 90 minutes, a tally bettered by only Wilfred Ndidi and Jonny Evans for the Foxes.

Averaging almost 12km per match, he gets around the pitch very effectively.

Until last season we had not seen much of Dewsbury-Hall but it would be a huge surprise if he is not a fixture in Leicester's first-choice XI again this season.

If his progress continues, he could develop into one of the best all-round midfielders in the division.