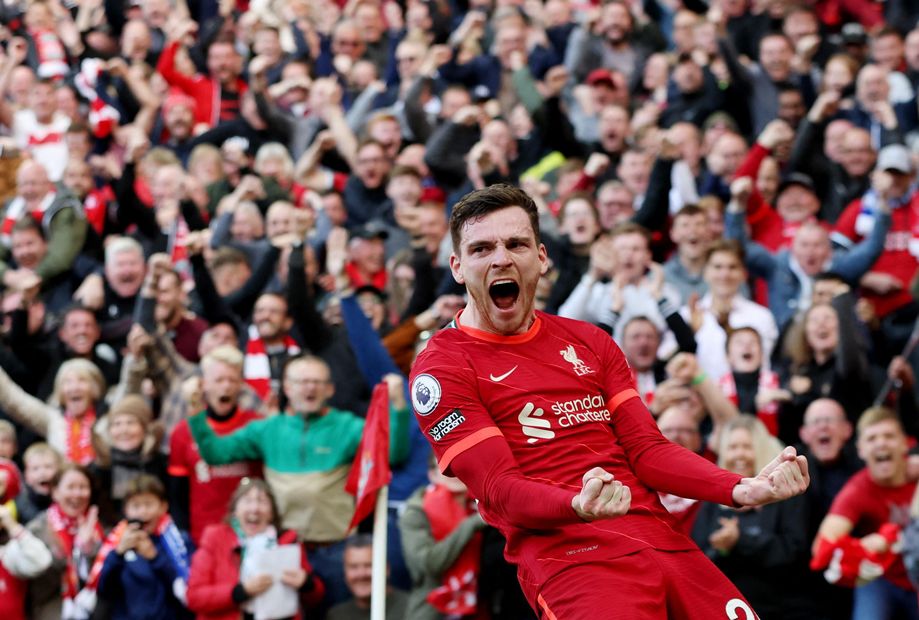 The campaign just ended has reminded us of how much the support of a vociferous home crowd can help inspire better results.

Throughout 2020/21, largely played in empty stadiums because of the pandemic, Premier League clubs produced a greater number of away wins than at home for the first time.

That highly unusual trend did not last long, with a 43 per cent to 34 per cent split in favour of home victories rectifying the balance this season as a record number of fans returned to stadiums.

At the end of 2020/21, six of the top eight teams finished with a better away record than they had managed on their own turf.

This was an abnormality that indicated how much easier it was travelling to face the biggest clubs without having to deal with the atmosphere created by home fans.

Perhaps unsurprisingly, this season seven of the top eight sides (Chelsea were the only exception) ended earning more points from home matches than on the road.

Liverpool were the chief beneficiaries from the return of fans.

Losing six matches at Anfield the season before, Jurgen Klopp’s side were unbeaten at home, amassing 16 additional points.

Backed by an Emirates Stadium crowd that warmed to a young, improving side, they collected 13 more home points than in 2020/21.

🙌 Your highlights are here, Gooners!

🍿 Catch all of the best moments from a huge home win#ARSWOL | Match highlights 📺 pic.twitter.com/2gKSuKRQhc

Home goals scored in the final 10 minutes of matches rose by over 35 per cent this season.

In empty stadiums during 2020/21, it was the away teams who finished strongest, scoring 83 goals from 80 minutes onwards, compared with 74 from the hosts.

This time round, roared on by their supporters, there were 26 extra goals scored from home teams in the final 10 minutes of matches, taking the season’s tally to 100.

The goal difference overall in that time slot was +12 in favour of the home team.

This selection of very clear trends proves beyond doubt that home fans play their part in influencing results.