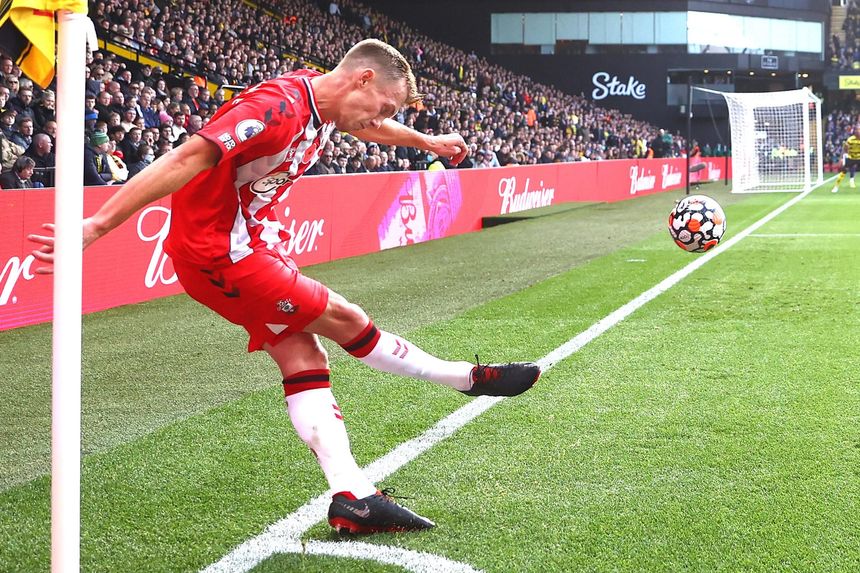 How Man City used set-pieces to deliver another triumph
What records were set in 2021/22?
Relive an incredible 2021/22 season

Over the last 18 seasons, corner-kicks have produced between 9.8 per cent and 14.2 per cent of all Premier League goals.

Overall, 146 goals were scored from corners this season, a rise of 12 from 2020/21 and the joint second-highest on record.

And right across the division, an influx of specialist set-piece coaches have been employed to help.

Since the recording of this data began in 2004, the average number of goals scored from corners has been 127 per season.

That level has been surpassed in each of the last five top-flight campaigns.

Goals from corners past six seasons

Arsenal have displayed an incredible improvement from corners.

Last season, they scored only three times from corner-kicks, but that rose to an impressive 13 in 2021/22.

We know you'll want to watch this again 👀

Highlights from our win away at Leicester are now live👇

New set-piece coach Nicolas Jover, formerly of Manchester City, has been credited with bringing about this advancement.

Under his guidance, Arsenal came up with a variety of routines to capitalise on defensive weaknesses that their analysis had identified, and that hard work paid off.

Jurgen Klopp has praised assistant Peter Krawietz and his team of analysts for their planning, along with German neuroscientists Neuro11 for helping set-piece takers hone their decision-making.

Pep Guardiola’s set-piece coach Carlos Vicens also did a stellar job throughout 2021/22, as City scored the most set-piece goals (21) and conceded the fewest (one).

It will come as no surprise to learn that dead-ball specialist James Ward-Prowse delivered the highest number of accurate corners across the season.

However, the Southampton midfielder was not the most accurate taker.

That honour goes to Pascal Gross. The Brighton & Hove Albion midfielder found a team-mate with over 41 per cent of his corners.

Mason Mount, while not a regular taker for Chelsea, was also accurate with his corners.

To maintain a consistent goal threat from corners, it helps to have tall players who are adept at attacking crosses.

Throughout this season, it was this type of central defender who dominated inside the opposition penalty area.

Joel Matip and Virgil van Dijk shared 51 attempts on goal from corners, while Antonio Rudiger (24 attempts) and Aymeric Laporte (23) were also superb at reading the flight of these dead-ball deliveries.

The most dangerous player was Gabriel, who scored a division-high five goals from corners for Arsenal.

Powerful in the air, the Brazilian was a major threat at the near post when running on to balls sent into that area.

Right across the board it feels that greater attention to detail was paid to attacking corners this season. It will be fascinating to see if this trend continues.