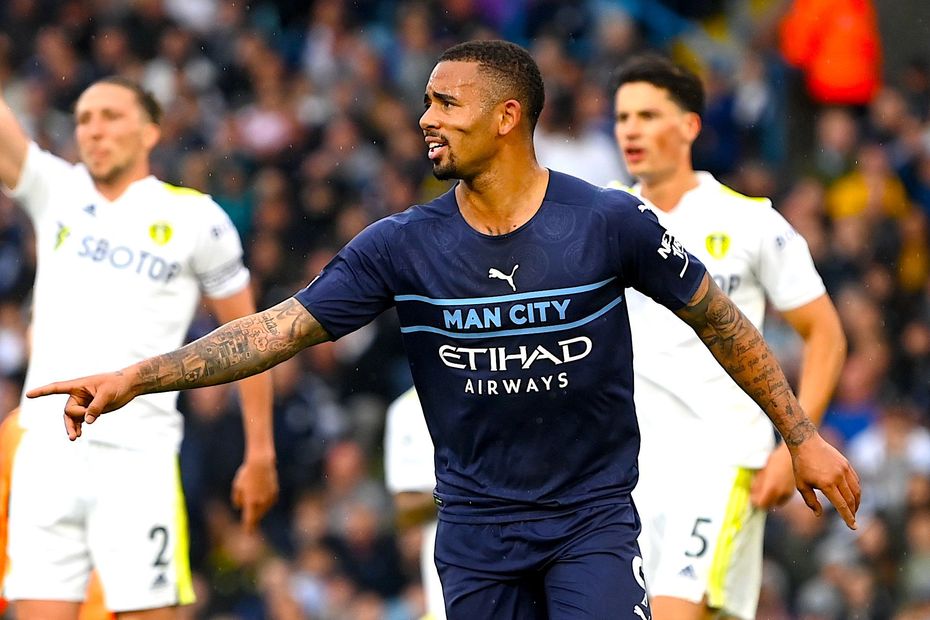 Guardiola: ‘It’s in our hands’ External Link
Sign up to get exclusive insight on your FPL performance in your inbox

Gabriel Jesus (£8.5m) is the top target for managers in Double Gameweek 36 of Fantasy Premier League after extending his run of goals against Leeds United on Saturday.

Manchester City’s Brazilian scored once and earned eight points in the 4-0 win at Elland Road.

He has earned over 30,000 new owners for the league leaders’ pair of matches against Newcastle United and Wolverhampton Wanderers.

Jesus was also the most transferred-in player in Gameweek 35, bought by 282,000+ on the back of his four goals and assist against Watford last weekend.

Having also scored against Real Madrid in the UEFA Champions League in midweek, he now has six goals and an assist in Man City’s last three matches in all competitions.

His team-mate Phil Foden (£7.8m) is the most-bought midfielder in DGW36, brought in by 11,000+ managers after his two assists against Leeds.

Elsewhere at the back, Liverpool’s No 1 Alisson (£6.0m) continues to show why investing in a premium-priced goalkeeper can sometimes be worth it.

An eighth clean sheet in nine outings helped the Brazilian into joint-eighth in the overall player standings on 166 points.

That total is identical to team-mate Diogo Jota (£8.3m) and one more than Sadio Mane (£11.7m) ahead of the Reds’ DGW36 against Tottenham Hotspur and Aston Villa.

Villa stars set to be in demand

Aston Villa players will also be part of managers’ plans as they are among only three sides to have both a DGW36 and a Double Gameweek 37.

They claimed a second successive clean sheet in a 2-0 win over Norwich City, with forwards Ollie Watkins (£7.5m) and Danny Ings (£7.7m) both finding the net.

Watkins struck his second goal in four matches to collect nine points, while Ings emerged from the bench to claim eight points, thanks to a goal and an assist.

Finally, Josh Brownhill (£4.3m) is proving a handy cut-price option in midfield as Burnley recorded a third straight victory under Mike Jackson as they triumphed 2-1 at Watford.

A goal against the Hornets helped Brownhill to 10 points, his second double-figure haul in that three-match winning streak.

Burnley have a very favourable schedule to help maintain their momentum.

According to the Fixture Difficulty Ratings (FDR), three of their final four matches score only two.

The Clarets are among only five sides with a DGW37, when they are scheduled to face Spurs and Aston Villa.