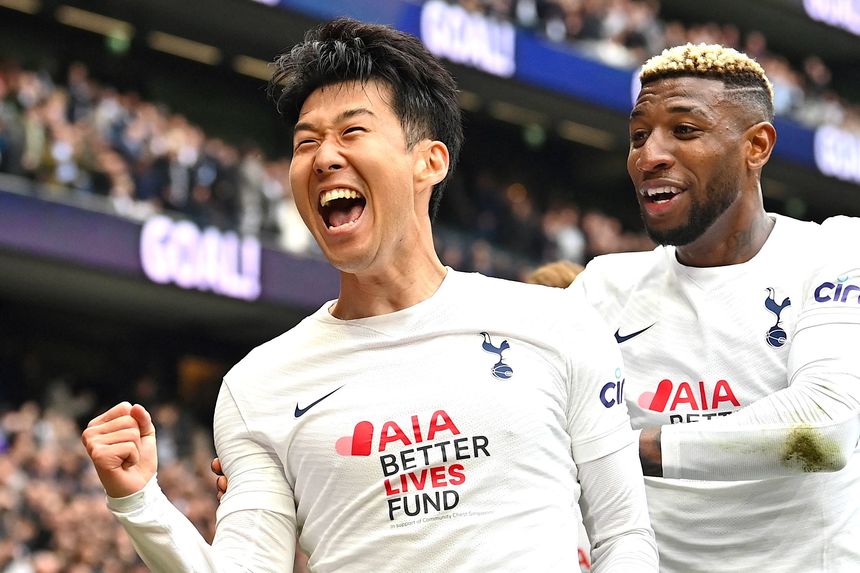 While masses went for Salah, Kane and Ronaldo, 27 of world's top bosses are rewarded with huge Son haul

Twenty-seven of the world's leading Fantasy Premier League managers showed on Sunday why they are in the top 100 across the globe.

While the masses made Mohamed Salah (£13.3m), Cristiano Ronaldo (£12.2m) and Harry Kane (£12.4m) the three most-selected Gameweek 35 captains, these elite managers instead opted for Son Heung-min (£11.0m) with what proved to be an inspired decision.

Son scored two goals and got an assist in Tottenham Hotspur's 3-1 win over Leicester City for a 19-point return, or 38 as a captain.

The South Korean has now scored in nine of his last 11 home matches, combining 11 goals with three assists.

While Kane could not match Son's hefty haul he did at least get a goal and six points for the 715,000 FPL managers who made him the third most-selected captain overall.

That goal was another blow for the 3.4million managers who instead opted for Salah, who was benched for Liverpool's 1-0 win over Newcastle United and returned only one point in a second-half cameo. It was only the ninth blank the Egyptian has had in 31 appearances this season.

All eyes then turned to Old Trafford on Monday, when Ronaldo's 900,000+ armband backers were rewarded with a goal in Man Utd's 3-0 win against Brentford.

The Portuguese was unable to add to his five double-figure hauls at Old Trafford this season, producing a seven-point return this time.

Despite being one of the top captain choices this Gameweek, Kane was also the second most-sold player.

Back-to-back blanks prompted more than 192,000 managers to part company with the forward, who were left to rue that decision.

Fitness concerns over Bukayo Saka (£6.7m) led to 242,000 shipping out the Arsenal midfielder, who started and got an assist in a 2-1 win at West Ham United. He also got booked, though, so returned four points.

Three successive blanks coupled with rotation fears resulted in James Maddison (£6.9m) being dumped by 161,000 managers, who made the right call as Maddison did not feature in Leicester's squad at Spurs.

Gabriel Jesus (£8.6m) was the most-bought player after his career-best 24-point score in Gameweek 34, when he scored four goals and assisted one as Manchester City beat Watford 5-1.

His 282,000+ new owners were rewarded as his form continued with a goal as Man City won 4-0 at Leeds United.

Aston Villa play five times over the next three Gameweeks, with their 2-0 win against Norwich City followed by back-to-back Double Gameweeks.

Matty Cash (£5.3m) and Philippe Coutinho (£7.1m) both joined Jesus among the top three transfers in, with Cash rewarding his backers with a six-point return.