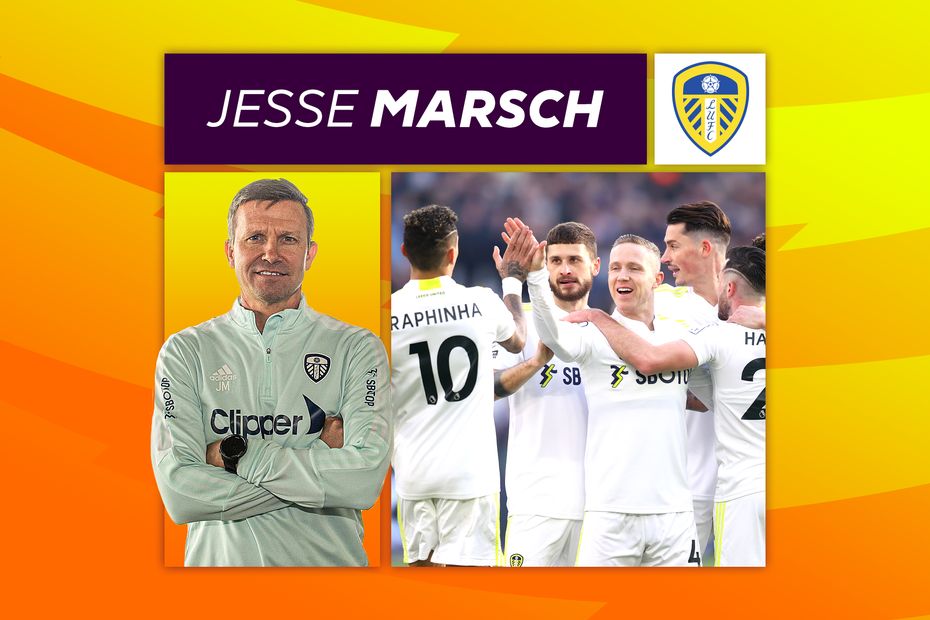 From a tactical perspective, Leeds United’s new head coach looks a good fit to inherit a side constructed by Marcelo Bielsa.

Just like his esteemed predecessor, 48-year-old Marsch is best known for a high-tempo style based upon relentless pressing inside the opposition half.

Marsch at work with Leeds

As assistant to Ralf Rangnick at RB Leipzig in 2018/19, Marsch helped to develop an effective counter-pressing approach that made the German side extremely dangerous from quick transitions.

He built on that same strategy when in charge of RB Salzburg, where he won back-to-back Austrian Bundesliga titles in 2019/20 and 2020/21.

However, when he rejoined RB Leipzig as head coach last summer, Marsch struggled to implement those same ideas with a group of players who had developed a possession-based style under Julian Nagelsmann.

His attempts to combine the wishes of his players with his own long-term ideals brought disappointing results, and he was relieved of his duties in December after just 21 matches in all competitions.

Under Bielsa, Leeds’ man-to-man pressing was intense. And while that approach ultimately cost them too many goals, it also made it hard for opponents to settle on the ball.

With rival sides making only 9.7 passes per Leeds defensive action (PPDA), they were statistically the most effective team in the division in this department.

Despite RB Leipzig’s struggles under Marsch, they were also effective out of possession under the American. They are currently ranked third for PPDA and second for high turnovers, a legacy of his time in charge.

At Elland Road, Bielsa's man-to-man set-up that placed so much emphasis on the personal responsibility of players is likely to be dropped. It made them too vulnerable.

Leeds’ players will still be asked to defend from the front, but within a shape Marsch is likely to modify for his first match at the helm against Leicester City on Saturday.

Marsch is happy to tinker with his systems too, swapping between a back three and back four while in charge of RB Leipzig earlier this season.

During his very successful stint at RB Salzburg, Marsch regularly used twin strikers in a 4-4-2 or box-like 4-2-2-2 formation, similar to the shapes used by Rangnick at Manchester United and Ralph Hasenhuttl at Southampton.

Whichever system they line up in, Leeds are likely to keep their defence in place far more rigidly than we witnessed during the final weeks of Bielsa’s tenure.

While Marsch is a positive, attack-minded coach, he will know his new side must stay more compact without the ball if they are to get a positive result at Leicester.