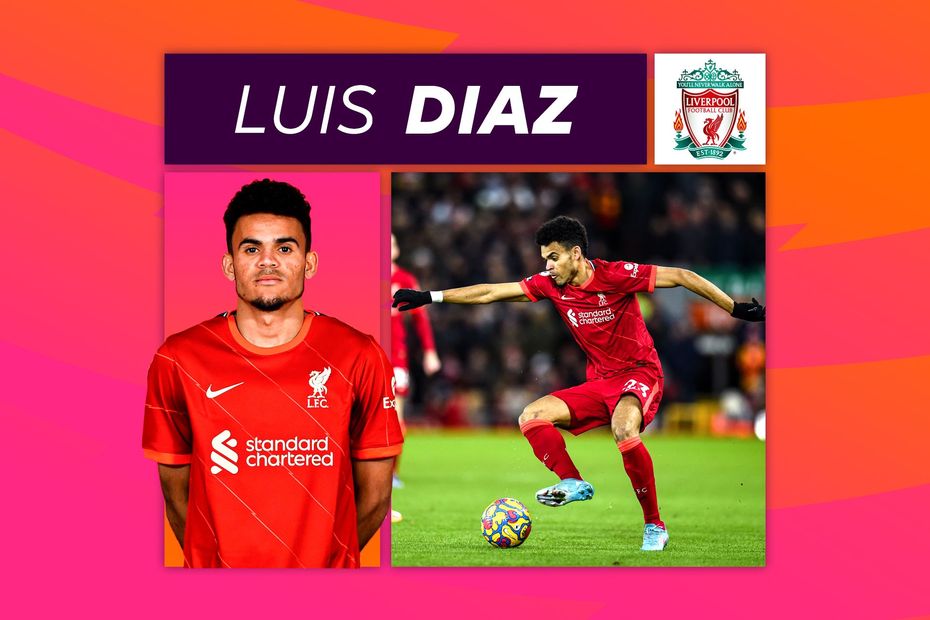 Although he has played only 263 minutes of Premier League football since arriving from Porto in January, Diaz has already improved Liverpool's starting XI.

The 25-year-old has taken no time at all to adjust, with a string of outstanding performances on the left of Jurgen Klopp's attack.

Diaz is positive in the way he runs at defenders, beating them on the outside and inside. He has hit the ground running, bringing an instant forward thrust to his new side.

Such has been his impact that the only player in the division to enjoy more shots, shots on target and touches inside the opposition box per 90 minutes than Diaz since his arrival on Merseyside is Liverpool team-mate Mohamed Salah.

In victories against Leicester City, Norwich City and Leeds United, as well as in the Carabao Cup final success against Chelsea, Diaz was highly influential.

If West Ham United do not limit his space on Saturday, Diaz could easily be the difference-maker.

We know Liverpool's latest South American star has a thunderous right foot, but when scoring his first Premier League goal against Norwich, he showed real quality with his left too.

Making a superb, arced run across the line to stay onside, Diaz latched on to a Jordan Henderson through-ball before delicately dinking it over the 'keeper with his weaker foot.

As displayed in that terrific goal, his control at high speed is exemplary and he is fantastic at receiving passes on the run.

What a team goal 🤩 pic.twitter.com/16mIn7dIFL

Diaz is just perfect for making those angled out-to-in runs that end up in the area.

His no-look cross in the 6-0 triumph of Leeds spoke volumes about his desire to provide Reds fans with entertaining moments, of which they can expect many more.

Along with Salah, Sadio Mane and Diogo Jota, Diaz is yet another exciting addition to Liverpool's remarkable plethora of quick, skilful and natural second strikers.

If David Moyes selects the same team, Diaz will find himself directly up against Ben Johnson and Craig Dawson on the right side of the Hammers' defence.

This is a relatively inexperienced defensive pairing, which Diaz will examine thoroughly, should he be picked to start.

Rarely have we seen a January signing with no previous experience of English football settle in with such ease.