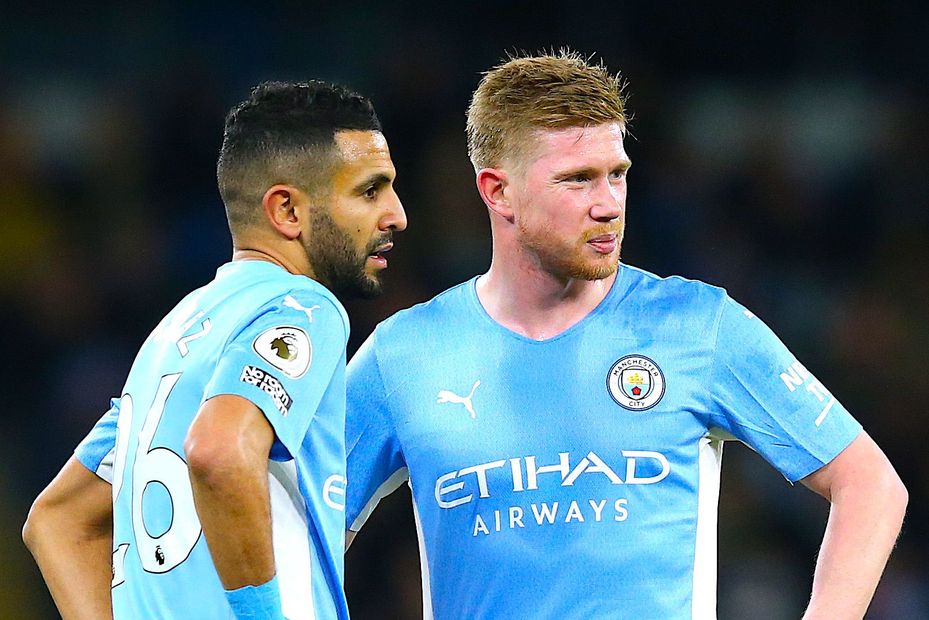 Liverpool’s Blank Gameweek means managers must look for an alternative to Mohamed Salah (£13.1m) for the captaincy ahead of today's deadline at 18:30 GMT.

And Manchester City's trip to Everton certainly looks encouraging for their attacking players.

Mahrez has six goals, three assists and 63 points in his last seven outings.

When selected this season, he has been involved in a team-leading 39 per cent of Man City’s goals.

The Belgian's 14 shots and 15 key passes in his last six matches both rank among the top two players for Pep Guardiola’s side.

Burnley duo Nick Pope (£5.4m) and forward Wout Weghorst (£6.5m) should also be considered due to their Double Gameweek.

The Clarets are the only side scheduled to play twice in Gameweek 27, facing Crystal Palace and Leicester City.

Elsewhere, Bruno Fernandes (£11.7m) and Harry Kane (£12.2m) have stepped up their output recently, and both face sides who have struggled defensively.

Manchester United’s Fernandes is at home to Watford on the back of successive double-figure returns against Brighton & Hove Albion and Leeds United.

Tottenham Hotspur striker Kane visits Leeds after producing two of his three double-figure hauls this season in his last four away matches.

He has blanked in just one of his previous six matches at London Stadium, earning 50 points thanks to five goals and two assists.