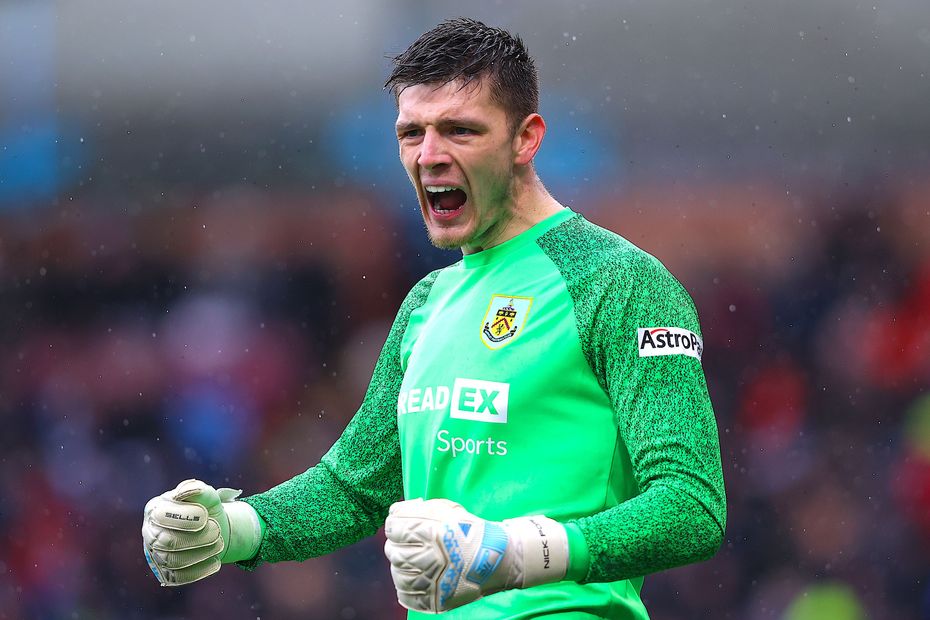 FPL Show: It's time to triple up on Burnley
FPL team news: Vardy back in training
FPL Gameweek 27 Kings to watch

Gameweek 27 could be the time to make the rare move of handing a goalkeeper the captain's armband, according to The Scout.

A pair of matches against Crystal Palace and Leicester City gives Nick Pope (£5.4m) the opportunity to extend his impressive run of form in Fantasy Premier League.

Burnley’s No 1 has been a major success in both his recent Double Gameweeks.

Pope produced 19 points across his two appearances in DGW23, then provided a further 13 points in DGW26.

Crucially, the Clarets are the only side to play twice in Gameweek 27.

As a result, Pope is handed the Scout Selection armband, while his team-mate Wout Weghorst (£6.5m) is named vice-captain.

He has averaged 6.2 points per match in his last nine appearances, conceding a mere three goals in that spell.

The Manchester City centre-back can bring in returns at both ends of the pitch at Everton. Laporte looks set to pose big problems for the Toffees, with his 25 shots in the box more than any other defender this season.

The left-back has two assists, a clean sheet and 16 points in Manchester United’s last four matches, blanking only once. Shaw faces a Watford side who have scored just once in their previous three road trips.

The Belgian’s 14 shots and 15 key passes in his last six matches both rank among the top two players for Man City. De Bruyne’s delivery will be a major weapon against an Everton side who have struggled to defend set-pieces.

Man Utd’s Portuguese welcomes Watford on the back of successive double-figure returns against Brighton & Hove Albion and Leeds United. Fernandes has amassed 22 points in those encounters, producing two goals, an assist and five bonus points.

The Man City winger has six goals, three assists and 63 points in his last seven outings. When selected this season, Mahrez has been involved in a team-leading 39 per cent of the Citizens’ goals.

West Ham United’s talisman boasts strong home form ahead of a visit from Wolverhampton Wanderers. Bowen has blanked in just one of his previous six matches at London Stadium, earning 50 points thanks to five goals and two assists.

The Tottenham Hotspur striker has produced two of his three double-figure hauls this season in his last four away matches. Kane faces a Leeds side who have conceded 16 goals and 18 big chances in their previous four, both league-leading totals.

The forward is the most-bought player in the Gameweek, earning 311,000 new owners. Weghorst was among Burnley’s top performers in Double Gameweek 26, claiming 14 points thanks to a goal and an assist.

Saints’ striker faces a Norwich side who have conceded at least twice in four of their last five road trips. Broja’s 10 shots in the box in the last four Gameweeks rank third among all players in Fantasy.