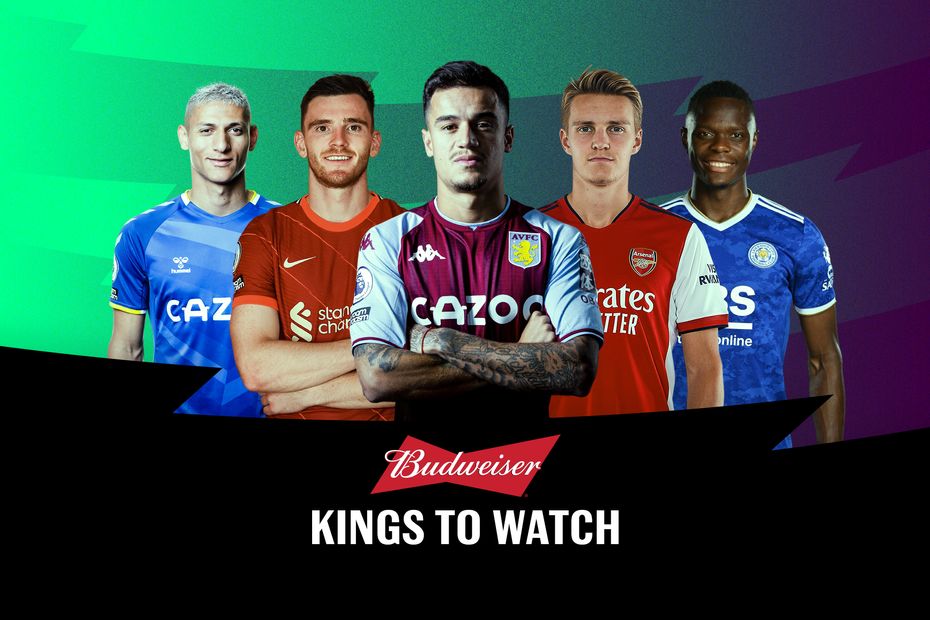 The Scout is tipping five players to produce big points in Gameweek 23 of Fantasy Premier League ahead of the deadline at 18:30 GMT on Friday 21 January.

Managers have flocked to the midfielder after his goalscoring debut for Aston Villa last weekend.

The Brazilian is the most-bought player in the Gameweek, earning 395,000 new owners after emerging from the bench to score his side's second goal in a 2-2 draw with Manchester United.

Coutinho averaged 7.4 points per match in Fantasy in his final season with Liverpool in 2017/18.

His immediate impact boosts the playmaker's prospects of earning his first start under Steven Gerrard against Everton this weekend.

The Toffees, meanwhile, have struggled defensively at Goodison Park this term.

They have conceded 13 goals in their last five home matches, allowing their opponents at least three goals on three of those occasions.

Odegaard has scored three of his four goals this season, and supplied all three of his assists, in his last seven appearances.

His total of 20 key passes from Gameweek 14 onwards ranks third among all players in Fantasy, while his four big chances created is joint-top.

An ownership of ony 3.2 per cent makes the Liverpool left-back a huge differential against Crystal Palace.

Robertson has combined a goal and five assists with four clean sheets and 10 bonus points in his last seven outings.

He has averaged 7.9 points per match (ppm) from Gameweek 13 onwards, compared with just 3.3ppm in his first eight appearances of the campaign.

Everton's Brazilian welcomes Aston Villa in his most consistent form of 2021/22 Fantasy.

Richarlison has blanked just once in his last four outings, producing two goals, an assist and 22 points.

When selected this season, he has been involved in 50 per cent of his side's goals at Goodison Park, scoring three and assisting two.

The forward extended his improving output by scoring the opener in Leicester City's midweek defeat to Tottenham Hotspur.

Daka has two goals, two assists and 21 points in his last three Gameweek appearances ahead of the Foxes' home encounter with Brighton & Hove Albion.

The Zambian is expected to keep his place in the starting XI this weekend, with strike rivals Jamie Vardy (£10.3m) and Kelechi Iheanacho (£6.9m) both still unavailable for selection.

Since the publication of this week's 'Kings to watch' it has been announced that Burnley v Watford has been rescheduled for 5 February, making Gameweek 23 a Double Gameweek for Burnley and Watford players. See Parts 4 and 5 below.