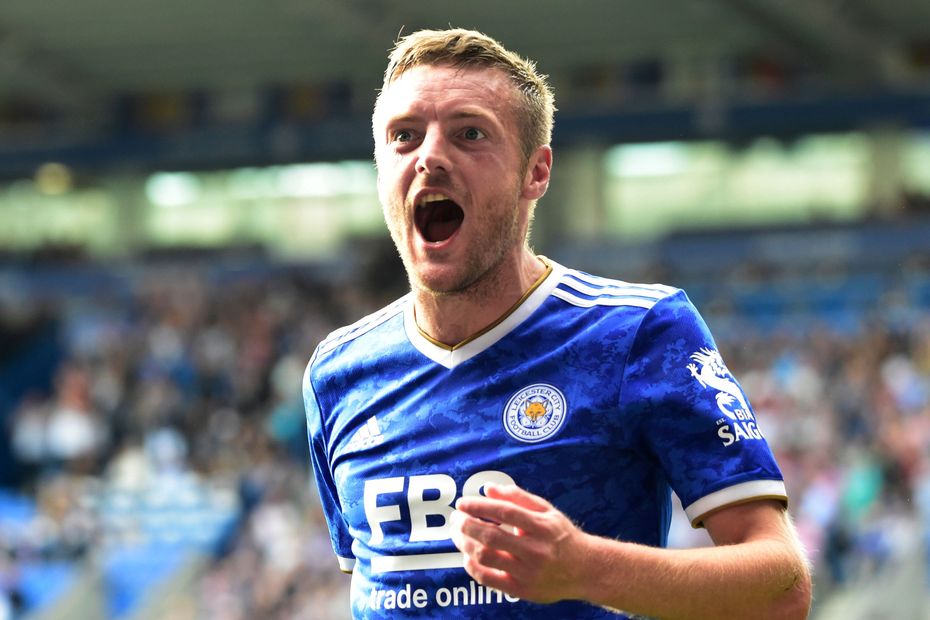 A home encounter with Newcastle United looks promising for the prospects of Jamie Vardy (£10.7m) in Gameweek 16 of Fantasy Premier League.

The Leicester City forward has been far more reliable when playing at home this season than when he has been on the road.

Indeed, Vardy is the leading Premier League scorer in home matches this season, netting six of his nine goals at King Power Stadium.

The underlying numbers show why he has been such a big success.

At home, Vardy’s 20 shots in the box and 11 shots on target both put him among the top three players in Fantasy.

Newcastle, meanwhile, have only managed a single clean sheet in 2021/22.

Vardy is named as vice-captain in a Selection that lines up in a 3-5-2 formation, with Liverpool’s Mohamed Salah (£13.1m) handed the armband.

The Arsenal No 1’s average of 4.9 points per match is more than any other regular starting goalkeeper this season. Ramsdale has a home fixture against a Southampton side who have scored only three goals in their last five away matches.

The right-back has combined three assists with two clean sheets in Liverpool’s last two home matches. Alexander-Arnold could be an overlooked captain contender against Aston Villa at Anfield, having outscored his team-mate Salah in four of the last five Gameweeks.

Manchester City’s full-back ranks joint-third among all players in the overall standings thanks to his all-round output. Cancelo has combined five assists with eight clean sheets and 12 bonus points.

A home meeting with Leeds United boosts the Chelsea wing-back's prospects of another big return. James has hauls of 13, 21 and 12 points in his last six Gameweek appearances.

Liverpool’s Egyptian has blanked just once in the first 15 Gameweeks, highlighting why he will be the go-to captain for millions of managers in Fantasy. Salah scored three goals and earned 20 points in his two meetings with Aston Villa last term.

The midfielder is the most-bought player in the Gameweek, earning over 566,000 new owners for Man City’s home match against Wolverhampton Wanderers. Bernardo has scored five of his seven goals this season in the last five Gameweeks, amassing 43 points in that period.

The Chelsea midfielder faces Leeds on the back of successive double-figure returns. When selected this season, Mount has been involved in 48 per cent of his side’s goals, compared with only 27 per cent last term.

The winger has produced attacking points in seven of his last 10 starts, including a goal and an assist against Chelsea last weekend. At a cost of only £6.5m, Bowen offers standout value for West Ham United’s trip to Burnley.

The Arsenal winger has scored both his goals this season at home, including a strike against Newcastle in his last outing at Emirates Stadium. At home, Saka’s 16 shots and 16 key passes both put him among the Gunners' top two players.

The Watford forward visits Brentford on the back of four goals and 23 points in three road trips under Claudio Ranieri. King’s 22 shots overall and 20 shots in the box both put him among the top four players in Fantasy from Gameweek 9 onwards.