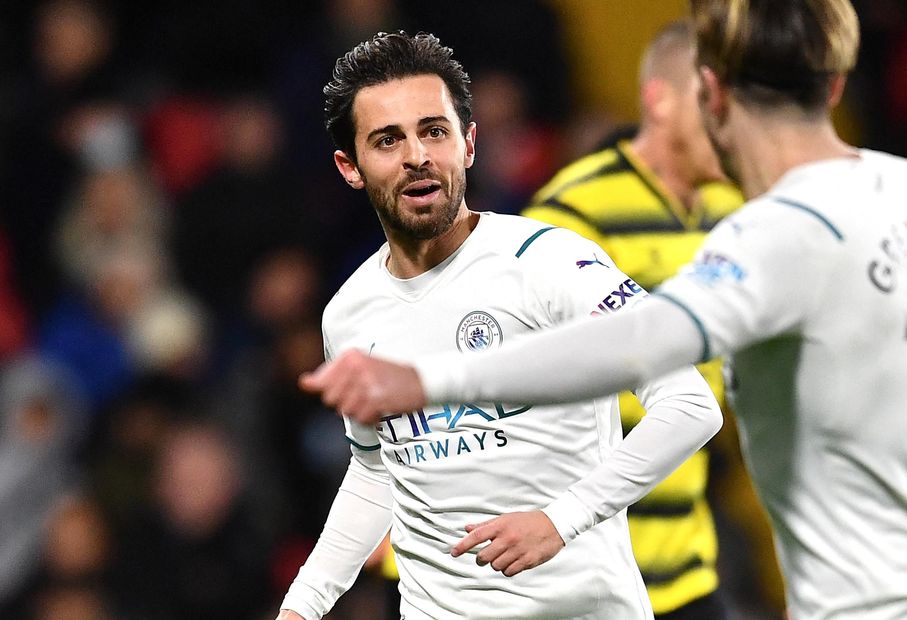 Bernardo is now the second highest-scoring FPL midfielder, with his 84 points ranking behind only Mohamed Salah (£13.1m) and Trent Alexander-Arnold (£8.1m) in the entire game.

The Man City midfielder has scored five of his seven goals for the season in the last five Gameweeks, producing 43 points in that period.

That form has made him the most-bought player ahead of Gameweek 16, earning 190,000+ new owners and an overnight price rise for a home encounter with Wolverhampton Wanderers.

Get Bowen for Christmas

Chelsea's Mount got a goal and assist for 13 points, following on the back of a 12-point score at Watford in midweek.

Bowen, meanwhile, continues to thrive as a major differential for West Ham.

Owned by only 3.2 per cent of managers, the winger claimed 11 points thanks to a goal and an assist.

Bowen has totalled three goals and seven assists over the last 11 Gameweeks.

And West Ham's upcoming matches suggest he can provide huge value over the winter period.

Centre-back Schar provided the assist for Wilson's goal in a 1-0 victory over Burnley, earning 11 points.

Forward Wilson has now scored and earned nine points in back-to-back Gameweeks, also netting against Norwich City in midweek. He travels to Leicester City in Gameweek 16.

Virgil van Dijk (£6.6m) has climbed to third place among defenders after Liverpool’s 1-0 win at Wolves.

The centre-back has stepped up his output recently, earning 29 points over the last four Gameweeks thanks to a goal and three clean sheets.

Indeed, the Reds have now recorded nine clean sheets in 2021/22, more than any other side.

Alexander-Arnold remains the top-ranked defender in Fantasy, on 99 points, thanks to his multiple routes to returns.

The right-back picked up nine points at Molineux, combining his clean sheet with three bonus points.