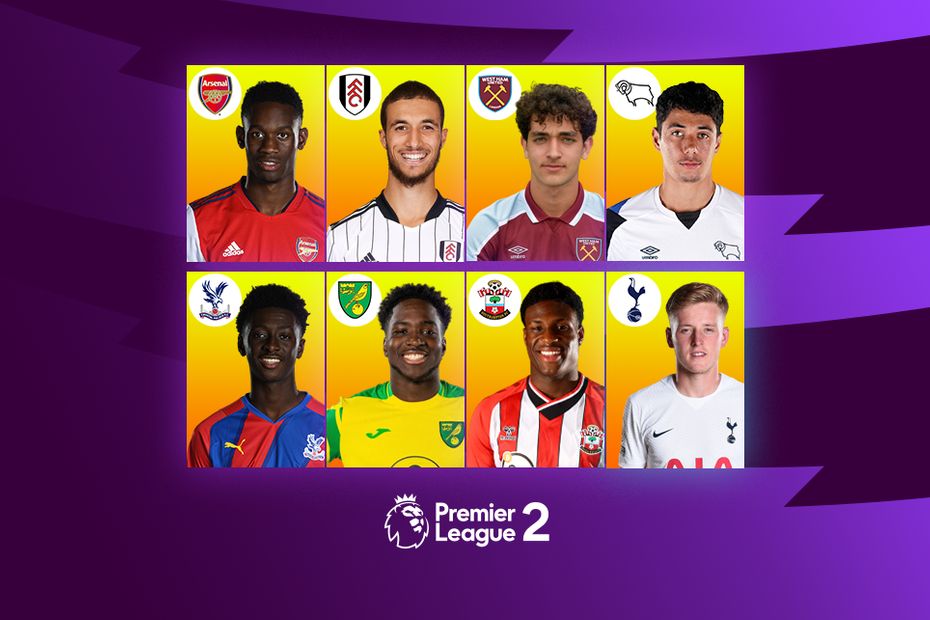 Eight youngsters nominated after impressing with their Premier League 2 displays

Eight Under-23 players have been nominated for November's Premier League 2 Player of the Month award.

The shortlist was selected by the Premier League's Football Development Panel after PL2 club coaches nominated the best performance by an opponent in each of their league matches. The Panel will also decide the winner.

The 20-year-old striker started a productive month by scoring in the EFL Trophy at Plymouth Argyle. He then produced an assist and scored the equaliser as Arsenal struck three goals in added time to snatch a 3-3 draw against Leicester City in PL2 Division 1. Balogun also claimed a late winner in a 3-2 victory at Blackburn Rovers and followed up with a hat-trick in a 5-3 home loss to Derby County.

Nominated for the second consecutive month, Larkeche continued his fine form as he helped Fulham to victories and clean sheets in his two appearances. The 19-year-old French left-back produced an assist in both matches, a 2-0 win over Middlesbrough and a 3-0 home triumph over Stoke City.

The 17-year-old has thrived up front after moving from midfield this season. Perkins scored three goals while starting in three Division 1 wins for West Ham United in November, including a 3-0 success over Liverpool. He also made his senior debut last month with a 15-minute UEFA Europa League appearance against Rapid Vienna.

The 19-year-old was a driving force for Derby County in Division 1, scoring twice in a 6-0 success against Blackburn and finding the net again in a 5-3 victory over former side Arsenal. The forward also produced an assist in the same match as the Rams finished the month unbeaten.

Rak-Sakyi was integral as Crystal Palace beat Chelsea, Liverpool and Manchester United on their way to nine points from a possible 12 in November. The 19-year-old midfielder started the month with an assist in a 2-1 loss at Blackburn, before scoring against Chelsea and Man Utd.

Norwich City's 18-year-old striker scored five goals in his three Division 2 appearances last month. Rowe started November by scoring twice and providing an assist in a 4-2 victory over Nottingham Forest before netting in a 3-2 defeat at Middlesbrough and getting a double again as the Canaries won 5-0 at Wolverhampton Wanderers.

The left wing-back was instrumental in attack and defence as Southampton won two of their three Division 2 matches. The 17-year-old scored as they beat Newcastle United 5-0, before registering an assist in a 3-1 win over West Bromwich Albion. He also found the net in a 4-0 EFL Trophy victory at Crawley Town.

The Tottenham Hotspur PL2 captain produced three goals and one assist from midfield in the month. The 20-year-old midfielder struck twice in a 4-1 triumph at Leicester and scored one and set up another as they prevailed 4-0 versus Everton. He was also involved in Spurs' only goal in the 1-1 draw at Brighton & Hove Albion.