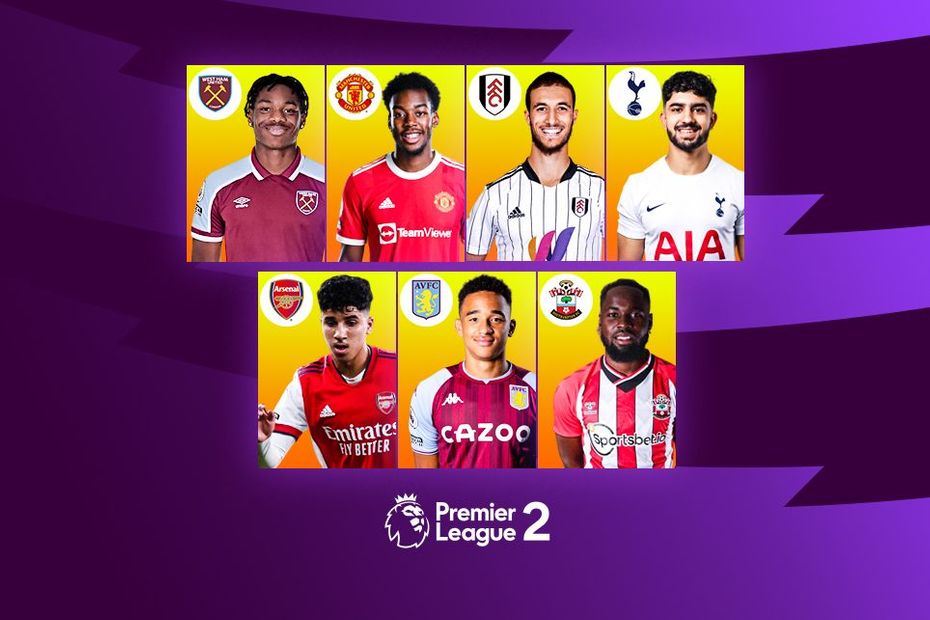 Seven Under-23 players have been nominated for the Premier League 2 Player of the Month award after standout performances in October.

The shortlist has been selected by the Premier League's Football Development Panel after PL2 club coaches picked out the best display by an opponent in each of their league matches.

The Panel will also decide who wins the prize, following in the footsteps of Manchester City's James McAtee, who earned the PL2 award in August, and Aston Villa striker Caleb Chukwuemeka in September.

Baptiste, who only turns 18 this week, proved a formidable figure in defence and attack as he helped West Ham United win all three matches in October. The defender netted in a 3-1 win against Everton and a 6-0 triumph over Manchester United. He also featured in a 4-3 PL2 win over Tottenham Hotspur and helped the Hammers beat Gillingham in the EFL Trophy.

It was an excellent month for the 19-year-old left-back as he played a pivotal role in Fulham winning all three matches in October. Larkeche started with a clean sheet in a 2-0 victory at Norwich City, provided two assists and earned another shutout in a 3-0 success against Reading and then got on the scoresheet in the following match, equalising in a 2-1 win over Nottingham Forest.

Elanga netted twice and provided an assist during Man Utd's four matches in October. The 19-year-old Swedish attacker started the month by scoring once and setting another up in a 3-0 success over Liverpool, while he was also on target as they defeated Blackburn Rovers by the same scoreline. He was named among the substitutes for United's 3-2 UEFA Champions League victory at home to Atalanta, but did not play.

The 20-year-old enjoyed a prolific month in Division 1, which included a goal in a 4-3 loss to Crystal Palace, a brace at Man City and a stoppage-time winner against Man Utd. Markanday also made history in October, when he became the first British Asian to play for Spurs' senior team, coming on in their UEFA Europa Conference defeat to Vitesse Arnhem.

The Dutch 18-year-old played four Division 1 matches during October and scored three times, all of which were spectacular goals. Salah-Eddine netted in wins over Brighton & Hove Albion and Everton and scored in a comeback 4-2 victory at Leeds United. He featured and scored in the EFL Trophy triumph against Newport County and was given a spot on the bench for Arsenal's EFL Cup win over Leeds.

Aston Villa's 18-year-old midfielder captained the Villans in their first three Division 2 matches of October, including a 2-1 victory against local rivals Birmingham City in which he provided an assist. He also scored in a 4-2 EFL Trophy victory at MK Dons and was named on the bench as Villa's senior side lost on penalties to Chelsea at Stamford Bridge in the EFL Cup and in the Premier League to West Ham.

Nineteen-year-old defender Simeu, a summer signing from Chelsea, was influential throughout the month, helping Southampton to a 1-1 draw at Stoke City followed by three successive victories over Wolverhampton Wanderers, Reading and Villa without conceding a goal. He also played the full 90 minutes in a 4-1 EFL Trophy loss to Charlton Athletic.