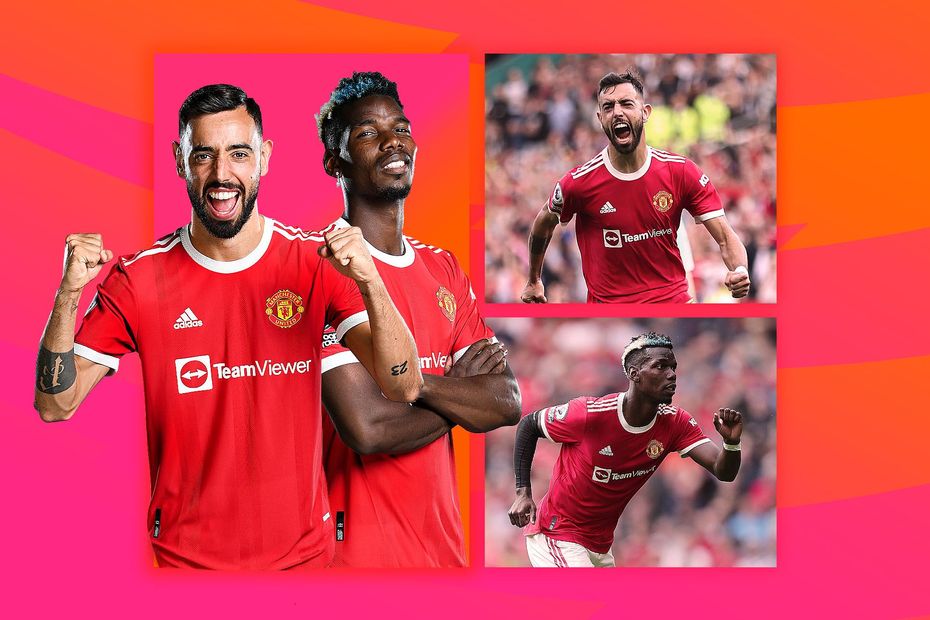 Manchester United may start as underdogs at home to in-form Liverpool, but if Bruno Fernandes can shake off a knock they will have every chance of ending the Premier League's only remaining unbeaten record this season.

Indeed in Fernandes they possess the most creative Premier League performer of 2021/22.

The Man Utd playmaker has gone four matches without a goal – a run that includes a missed penalty against Aston Villa – but his general play is extremely sharp heading into this heavyweight duel.

In their 3-2 UEFA Champions League win over Atalanta in midweek he produced eight key passes, including two assists.

The 27-year-old was also at his creative best in recent losses to Villa and Leicester City, producing 10 and eight key passes respectively in those matches.

So although Man Utd have picked up only one point from their last three outings, the movement and decision-making of Fernandes in between the lines has the potential to cause Liverpool problems.

While the arrival of Cristiano Ronaldo has slightly altered the dynamic of United’s starting XI, Fernandes’ role as chief creator has not diminished.

No one in the league has made more goalscoring opportunities this season than Fernandes, who continues to be a difficult attacking midfielder to track as he tests opposition players with his movement in advanced positions.

Fernandes has struck up a wonderful understanding with Mason Greenwood this season.

He enjoys drifting right of centre to provide ammunition for Greenwood, whom he has teed up for nine chances this term.

There is not a Premier League player who has created more opportunities for a team-mate.

Liverpool will be aware of Fernandes’ craft and imagination but they will also need to be watchful of his goal threat.

He has taken 26 shots this season, the most of any central midfielder and six more than the league's next-best in Paul Pogba.

While Fernandes will operate in a free No 10 role behind the main striker, Ole Gunnar Solskjaer does face a quandary over how best to use Pogba.

In previous meetings with Liverpool, the United head coach has tended to use Pogba in a wide-left role.

That allows Solskjaer to beef up his central midfield with two defensive-minded players. But it can unbalance their attack and remove some of the pace from their forward line.

Deploying Pogba in a midfield two this Sunday would alleviate that issue but it would also perhaps be considered risky.

While he has the ability to dominate matches from that berth with his passing, Pogba is not as disciplined as others when United are out of possession.

After not starting with Pogba against Atalanta but bringing him on to inspire a turnaround win from 2-0 down, Solskjaer has another big call to make ahead of Sunday's kick-off.

Who is most key to their team's attack?

Providing menace with his passing, crossing, and shooting, Fernandes is an individual upon whom Solskjaer relies to deliver key moments.

He has been directly involved in 41.3 per cent of the goal attempts produced by United in 2021/22.

While Liverpool boast some big threats of their own, Jurgen Klopp’s side will have huge respect for Fernandes.

The signing of Ronaldo has increased their firepower greatly, but from a tactical perspective Fernandes continues to be Man Utd’s undisputed main man.

Part 1: Bernardo excelling as two players rolled into one for City
Part 2: How Villa can get back on form at Arsenal
Part 3: Rice adding craft to his graft for West Ham