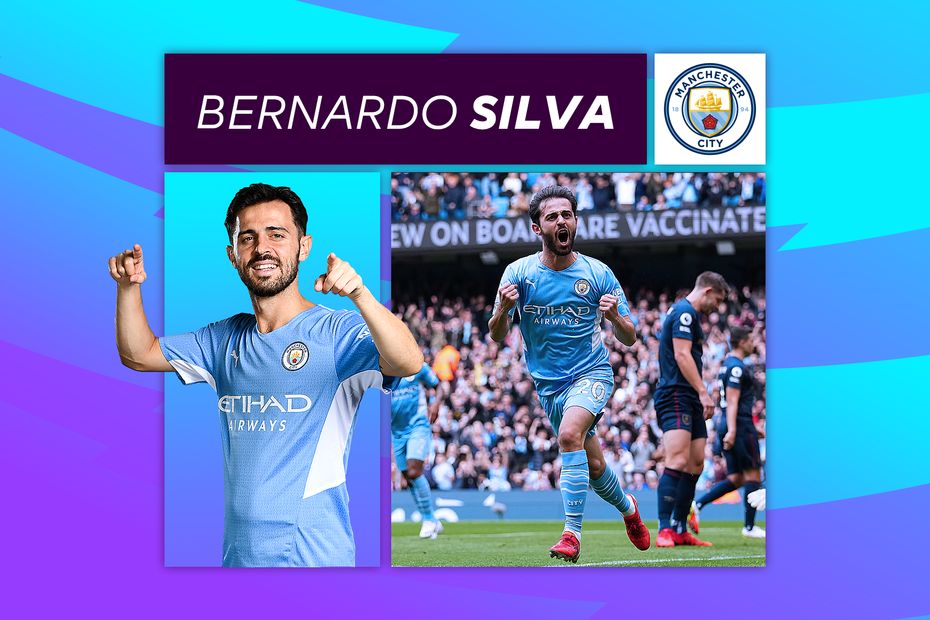 The in-form Bernardo has regained Pep Guardiola's trust this season with a series of accomplished all-round displays for Manchester City.

The Portugal midfielder has started the last seven Premier League matches, scoring the winner against Leicester City and the important opener against Burnley.

Silky on the ball and industrious out of possession, Bernardo has performed like two players rolled into one for Guardiola this term, becoming a first-choice starter.

The champions now face a Brighton & Hove Albion side who are flying high in fourth place, but City will approach Saturday's encounter with confidence and determination.

Despite a testing run of fixtures, Guardiola's side are defending very competently as a unit and have already amassed six clean sheets in eight matches.

The hardworking Bernardo has played an integral part in helping City concede only 38 shots from open play. To put that into perspective, that is 22 fewer than any other team in the division.

Bernardo's value as a pressing agent can be seen in the table above. He averages the second-highest number of pressures on opposition players per 90 minutes.

Full-back Joao Cancelo is the only City man to have made more tackles than Bernardo's 13 so far, while none of Guardiola's charges have matched the 11.6km that Bernardo has covered per 90 minutes.

Brighton like to pass out from the back, and the impact Bernardo has in stealing possession in advanced areas will be central to Guardiola's game plan.

But, importantly, the Portugal international's ferocious work ethic does not limit his impact for the side inside the final third.

Operating in a slightly deeper role this season, he is still contributing at the top end of the pitch.

Bernardo will often pull wide to deliver a cross into the penalty area and his ability to glide past his markers remains a key component to his game.

While he is not a prolific chance creator or somebody who shoots on sight, he is usually efficient when popping up in those most advanced areas of the field.

His dual role has been key so far this season, and his form heading into this weekend's match at Brighton bodes very well for the champions.

Part 2: How Aston Villa can get back on form at Arsenal
Part 3: Rice adding craft to his graft for West Ham
Part 4: Fernandes and Pogba have skills to break down Liverpool