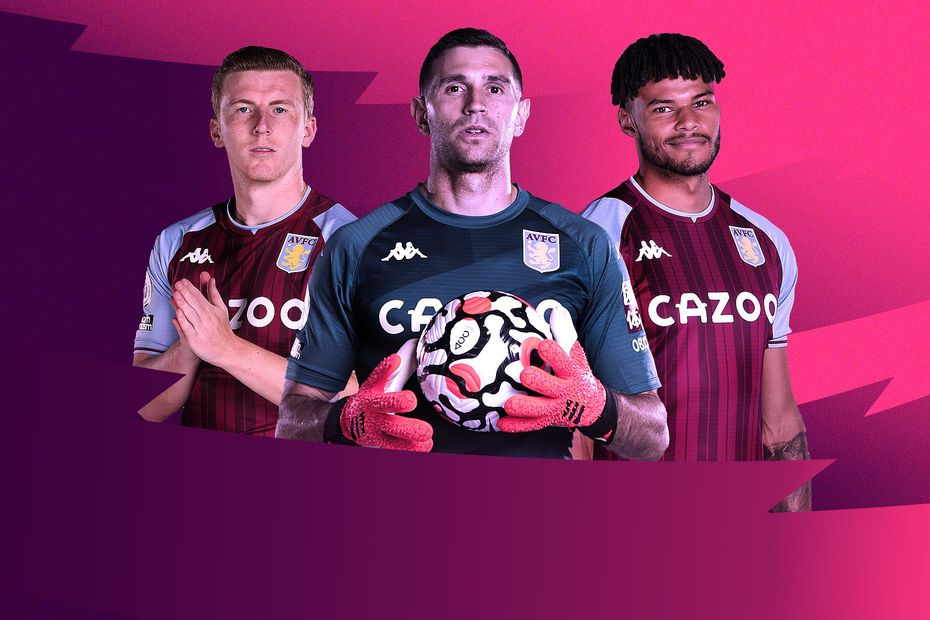 Two consistent issues have troubled Aston Villa so far this season, which they will need to address if they are to claim a second victory in succession at Emirates Stadium.

Their desire to attack adventurously has at times left them light on numbers at the back and susceptible to fast breaks.

Watford, Chelsea and Tottenham Hotspur have all scored from rapid transitions against Dean Smith’s side.

Secondly, the Villans have looked shaky when defending recycled set-pieces.

Last weekend they leaked two messy goals late on at home to Wolverhampton Wanderers when failing to mark or clear properly from the second or third phase of play.

Villa were also punished by Ivan Toney earlier in the season when the Brentford forward was left inside the penalty area from a recycled corner.

Smith is sure to address these issues in preparation for Friday's match at Arsenal.

Within their 3-4-1-2 shape Villa have made a conscious effort to press opponents with increased intensity this season.

Getting tighter to their opponents, sometimes in a man-to-man set-up, Villa have regained the ball in good areas of the field.

For possession won in the middle third they have risen from 13th place in the rankings last season to fourth this campaign.

Meanwhile, Villa were ranked 10th last term for Passes per Defensive Action (PPDA), which measures the number of passes allowed by the defending team, but they now again find themselves in the division's top four.

Villa could certainly make more of the moments when they win the ball in good areas - their four shots from 68 high turnovers is the lowest ratio in the Premier League.

And when you opt to close down in this manner there is a balance to be found between risk and reward.

If one pass releases a spare man who is not marked tightly enough, it can immediately stretch the side without the ball and put them on the back foot.

This happened to Villa at Spurs when Eric Dier picked out spare man Sergio Reguilon, who in turn quickly sent Son Heung-min away down the left.

Within two passes Villa's defenders found themselves sprinting towards their own goal, with Matt Targett eventually putting the ball into his own net.

This type of scenario has plagued Villa throughout their opening eight matches.

Friday’s opponents Arsenal have been at their most dangerous when springing counters and transitions this term, so Villa must be wary of not leaving themselves so easily exposed.

They must also tighten up when they defend corners and wide free-kicks.

Villa were unfortunate to concede from a Ruben Neves free-kick via a wicked deflection in the 3-2 defeat by Wolves, but in general they have not been comfortable when dealing with deliveries into their box.

Slow or hesitant to react to second balls, they have shown a weakness when they have not cleared the danger with the first contact.

Aside from their 6ft 4in goalkeeper Emiliano Martinez and their three central defenders, Villa do not have a great deal of height across their starting XI.

Crystal Palace are the only Premier League side to have shipped more goals from set-pieces, and one of those came against the Gunners on Monday.

Part 1: Bernardo excelling as two players rolled into one for City
Part 3: Rice adding craft to his graft for West Ham
Part 4: Fernandes and Pogba have skills to break down Liverpool