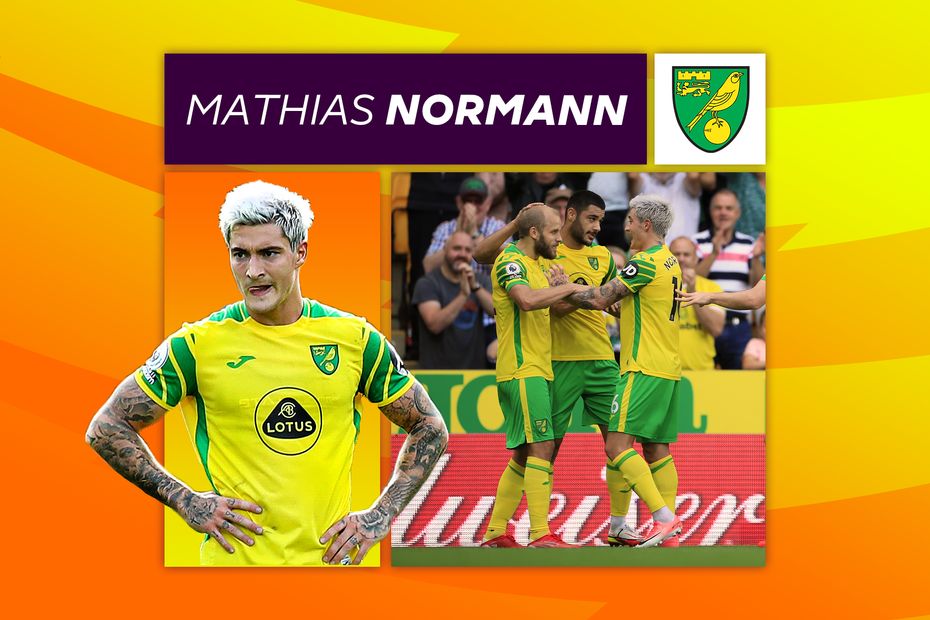 Mathias Normann: We will turn this around External Link

There is optimism at Norwich City that the introduction of loan signing Normann could be the catalyst for an upturn in form.

The Canaries may have lost both of the Premier League matches that the central midfielder has started, against Watford and Everton, but he has nonetheless impressed with his contribution.

Last season Norwich benefited from having Oliver Skipp on loan from Spurs, and he was superb in their promotion-winning season.

Filling that void is easier said than done, but Normann has the talent to shine in the top flight, so Burnley will need to watch him carefully on Saturday.

The Norwegian has a wide range of passing, disrupts opponents with his work rate and aggression, and is also a goal threat.

Under Daniel Farke, Norwich look to slip the ball between the lines in a pass-and-move style.

Normann has complemented their approach as he is technically sound in possession, but he adds particular value with his ability to pick out accurate and incisive forward passes.

On his debut against Watford, 10 of his 31 passes were classified as "long", and one of those was a classy assist for Teemu Pukki.

The 25-year-old's wonderful one-touch pass in behind the defence showed he has the vision to pick out the striker's intelligent runs.

There is every chance this will become a trend.

As the table below shows, Normann is the most likely of Norwich's midfielders to stretch opponents with a progressive forward pass.

Burnley like to press inside their opponents' half, so they will need to be wary of balls knocked in behind their back four on Saturday.

Another standout feature of Normann's game is his desire to shoot from distance.

The midfielder loves to drive forward down the middle of the pitch before firing off efforts from outside the box.

Last weekend at Goodison Park, he forced Jordan Pickford into a pair of high quality saves.

Most shots outside box per 90

Of all the Premier League players with at least two starts this season, Normann has averaged the most shots per match from outside the area.

If he can continue his strong start, Norwich will have every chance of getting their season up and running at Burnley this weekend.