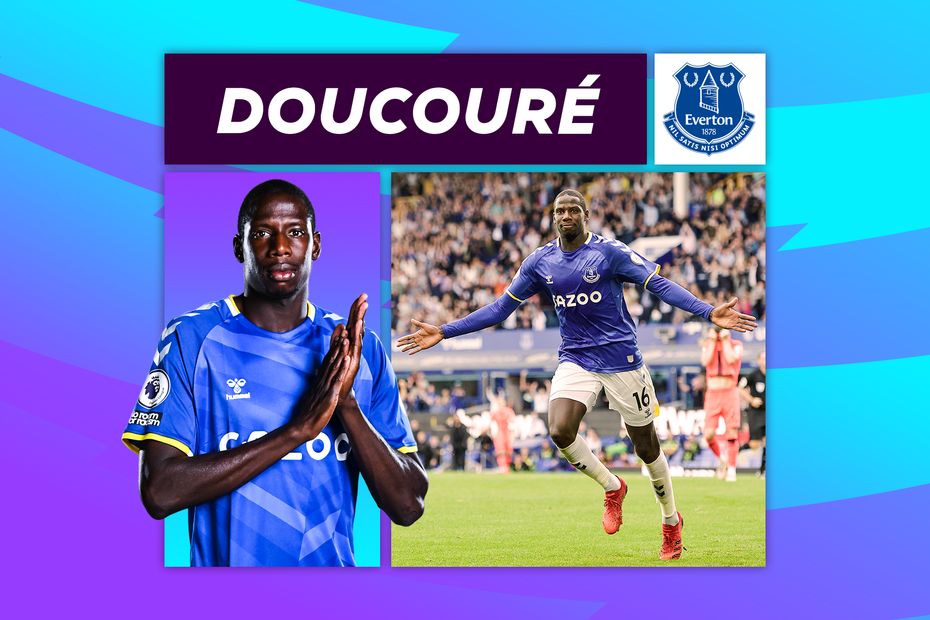 Doucoure is playing well enough to dominate the midfield for Everton when they face Manchester United at Old Trafford on Saturday.

The 28-year-old has been outstanding since Rafael Benitez took charge in the summer, forming a top-class partnership with Allan.

A powerful presence in and out of possession, Doucoure has scored twice and provided three assists already this term.

Man Utd's Paul Pogba, who will be in direct competition with Doucoure this weekend, is the only player who has set up more goals than the Everton man in 2021/22.

Doucoure also has a history of producing influential displays against Man Utd.

He scored and assisted in this fixture last season as the two sides drew 3-3, having previously netted home and away against the Red Devils for Watford.

This season, Doucoure has worked incredibly hard to disrupt the opposition.

The Frenchman covers plenty of ground and regularly applies pressure to his adversaries.

He has regained possession more often this season than any other Premier League midfielder.

Against a Man Utd side who are yet to settle on a preferred midfield pairing, Doucoure and Allan have the potential to stamp their authority on the match.

In only three home matches this term, Doucoure has already equalled the number of direct goal involvements he had in the whole of 2020/21.

He struck a thunderous shot against Southampton on the opening weekend, and last time out against Norwich City he broke into the area before firing into the bottom corner.

He also provided a fabulous assist for Demarai Gray’s second-half strike in a 3-1 win over Burnley, one of two goals he created in that match.

Under former manager Carlo Ancelotti, Doucoure was used primarily in a defensive capacity but Benitez has given him freedom to get further forward this season.

Either in a 4-4-1-1 or a 3-4-3 formation, he has usually found himself alongside a sole partner, and when that player is Allan it means Doucoure can make forward runs that support the attackers.

This suits his style of play perfectly and once he gets into his stride, he can be a difficult runner to stop.

If Doucoure can make his mark on Man Utd's midfield this weekend, Everton could be set for their first win at Old Trafford since 2013.