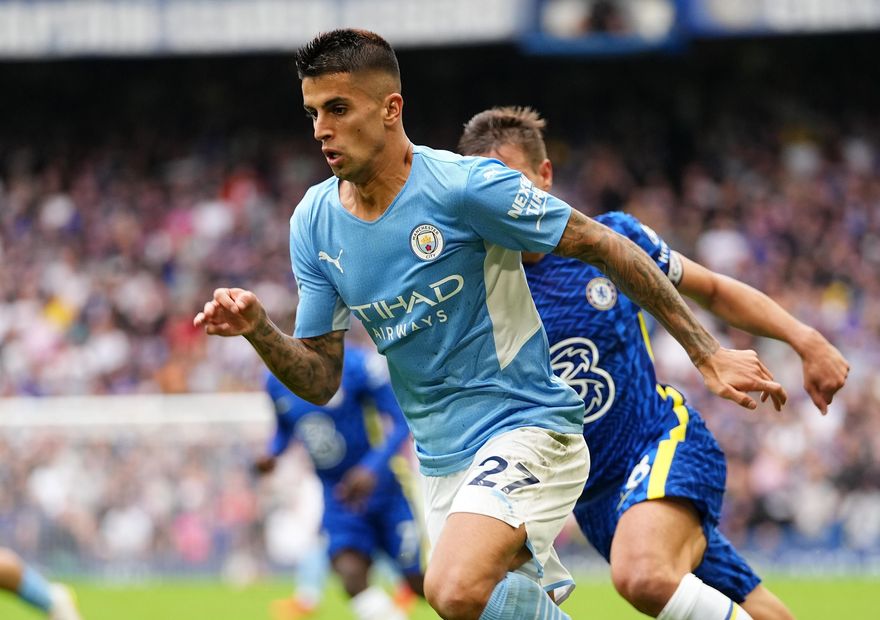 Man City full-back has five consecutive clean sheets and six starts in a row. Will he go into your team?

Joao Cancelo (£6.1m) has moved to the top of the Fantasy Premier League defender standings thanks to his impact at both ends of the pitch.

The Manchester City full-back supplied the assist for Gabriel Jesus’ (£8.6m) goal in a 1-0 win over Chelsea, earning 12 points at Stamford Bridge.

Are you shopping today? pic.twitter.com/AAANBPannj

The centre-back netted the only goal in Villa’s win at Manchester United, earning a total of 15 points after coming into the team for the ineligible Axel Tuanzebe (£4.5m).

Dean Smith’s side have now produced back-to-back clean sheets since changing to a wing-back formation, lifting the appeal of their defenders ahead of a favourable schedule from Gameweek 8.

Four of Villa’s subsequent six matches score just two in the Fixture Difficulty Ratings (FDR) from that point on.

Everton midfielders Abdoulaye Doucoure (£5.6m) and Andros Townsend (£5.4m) continued their strong starts to the season under Rafa Benitez, scoring a goal apiece in a 2-0 home win over Norwich City.

Doucoure and Townsend returned 11 and 10 points respectively compared with the six points of Demarai Gray (£5.8m).

Doucoure’s two goals and three assists this term already matches his attacking output for the whole of 2020/21.

Watford winger Ismaila Sarr (£6.2m) rewarded the 665,000+ managers who bought him for Gameweek 6 with his fourth goal of the season.

The Senegalese’s strike in a 1-1 home draw with Newcastle United took him into third place among midfielders in Fantasy, on 39 points.

Sarr is the most transferred-in player for Gameweek 7, earning 100,000+ new owners for his trip to Leeds United.

Michail Antonio (£7.9m), the most-bought player in Gameweek 6, continues to lead the way at the top of the forward standings.

The West Ham United striker fired a late winner against Leeds to claim eight points on his return from suspension.

Antonio has five goals and four assists in only five appearances this term.

Jamie Vardy (£10.4m) sits just seven points behind Antonio after scoring both of Leicester City’s goals in a 2-2 home draw with Burnley.

Vardy picked up 11 points at the King Power Stadium, despite also scoring an own goal.

Owned by a mere 12.2 per cent of managers, he remains an overlooked pick ahead of a favourable short-term schedule.

Two of Leicester’s next three matches score only two in the FDR.