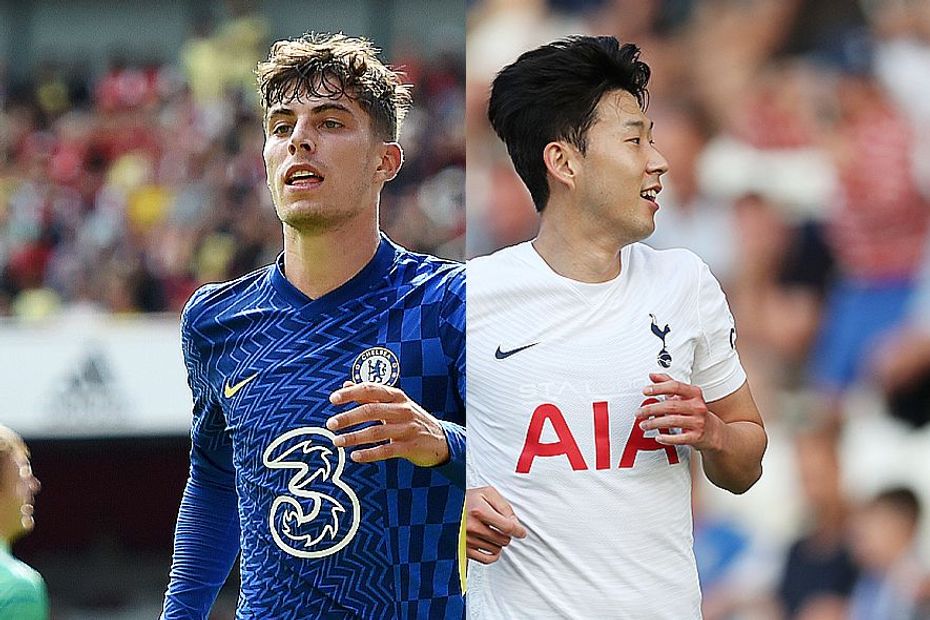 Success in Fantasy over recent seasons has relied heavily on picking the right premium midfielders.

So is it possible to own five big-hitting midfielders without significantly weakening the rest of your 15-man squad?

If you believe Jadon Sancho (£9.5m) can make an immediate impact at Manchester United and keep pace with Fernandes, then an all-star midfield looks achievable in a 3-5-2 formation.

Chelsea’s Kai Havertz (£8.5m), Manchester City's Riyad Mahrez (£9.0m) and Tottenham Hotspur’s Son have all been quick to find their form during pre-season.

Picking the trio alongside Sancho and Salah can give managers a big-hitting quintet with the potential to deliver double-digit scores on a weekly basis.

Brighton & Hove Albion’s Robert Sanchez (£4.5m) is the third most-owned goalkeeper in Fantasy, found in 23.8 per cent of squads, and his team-mate Jason Steele (£4.0m) is a cheap back-up for the bench.

The only concern is that the summer arrival of Kjell Scherpen (£4.5m) places a question mark over Steele's role as the Seagulls’ No 2.

Pairing Watford’s first-choice goalkeeper Daniel Bachmann (£4.5m) with his deputy Ben Foster (£4.0m) could be a safer way of spending just £8.5m on your two goalkeepers.

The sacrifice to splashing out in midfield is that there is no room for Trent Alexander-Arnold (£7.5m) or any other premium defender.

However, there is value to be found across the backline.

Arsenal, Brighton and Leeds United all claimed 12 clean sheets last term, a total bettered by only four other sides, and you can find regular starters in defence at each of those clubs for just £4.5m.

Joel Veltman (£4.5m) seems set to start the season for Brighton in light of an injury to Tariq Lamptey (£4.5m). According to the Fixture Difficulty Ratings (FDR), four of the Seagulls’ first six matches score only two.

Leicester City and Burnley each kept 11 clean sheets in 2020/21, and there are plenty of opportunities to rotate their budget defenders.

Leicester’s Wesley Fofana (£4.5m) is the fourth most-owned defender in Fantasy, and the most-selected in the sub-£5.0m spot, picked by 24.1 per cent.

Leeds' Luke Ayling and Burnley’s Charlie Taylor (both £4.5m) offer strong options in the same price range, while Conor Coady (£4.5m) of Wolverhampton Wanderers has a very favourable run of opponents from Gameweek 4.

Salah is the standout captain pick over the opening Gameweeks, with five of Liverpool’s first eight matches scoring two in the FDR.

The Egyptian is also the most popular player in Fantasy, sitting in 48.6 per cent of squads.

The inclusion of Havertz, Mahrez and Son would provide alternative armband options early on.

He has three goals and an assist over pre-season and each of his first three matches score just two in the FDR.

Kelechi Iheanacho (£7.5m) established himself as a key player for Leicester midway through last season after a change to a two-man frontline.

Alternatively, by picking West Ham United's Michail Antonio (£7.5m) over Watkins, managers would have an attacking player from all of last season’s top seven sides in this line-up.

Meanwhile, Southampton’s Michael Obafemi (£4.5m) is a cheap pick for the bench, although he appears unlikely to start their matches.

Part 1: Building around Sancho
Part 2: How to own Fernandes, De Bruyne and Salah
Part 3: Going big at the back