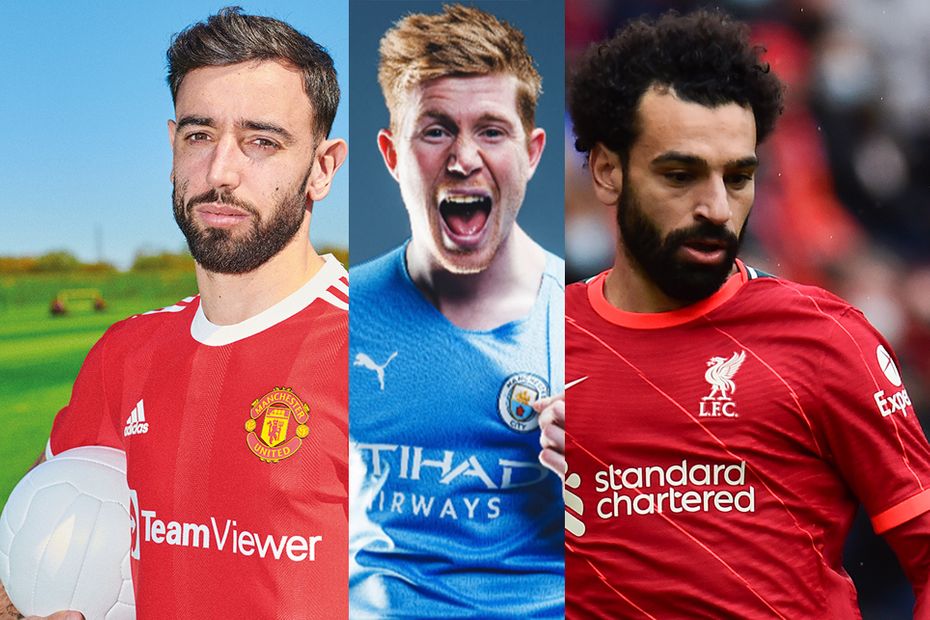 The Scout picks a 15-man squad including all three of the Man Utd, Man City and Liverpool stars

Having the top three midfielders

At a combined cost of £36.5m, is it possible to fit three of FPL's biggest names into the same squad?

Bruno Fernandes (£12.0m) was the game's top-scoring player in 2020/21 while Kevin De Bruyne (£12.0m) amassed the most points the season before and starred when he was fit last term.

Throw Mohamed Salah (£12.5m) into the mix and managers have a major headache in finding room for all three premium midfielders in their opening squads.

The Scout looks at how to balance both your team and budget across the positions to achieve this.

Attacking full-backs Lucas Digne (£5.5m) and Luke Shaw (£5.5m) offer strong potential at both ends of the pitch. They also have schedules which allow you to start them every Gameweek, allowing managers to rotate three £4.5m defenders for the other two slots.

Leicester City’s Wesley Fofana (£4.5m) is the most-selected defender in this price range, owned by 24.7 per cent.

Meanwhile, Arsenal and Brighton & Hove Albion defenders who are priced at £4.5m, in Rob Holding and Joel Veltman, while Leeds United offer budget alternatives at £5.0m or less.

All three sides secured 12 clean sheets last season, a total bettered by only four others.

The big downside with this set-up is the absence of Trent Alexander-Arnold (£7.5m).

Ignoring the Liverpool defender is the main drawback of such a high-priced midfield set-up, as he has a very favourable opening eight Gameweeks and is capable of huge scores.

The easiest way to bring him in would be to replace Digne with a £4.5m defender and swap in Ivan Toney (£6.5m) up front, freeing up the £2.0m to switch Shaw to Alexander-Arnold.

Salah, Fernandes and De Bruyne occupy over a third of your budget and seeking out value picks elsewhere is essential.

Opting for a four-man midfield in a 4-4-2 set-up allows managers to pinpoint a mid-priced form pick to play alongside the illustrious trio.

Emiliano Buendia (£6.5m) has made an immediate impact in pre-season since moving to Aston Villa over the summer, providing two assists on his debut. Their first three matches of 2021/22 score only two in the Fixture Difficulty Ratings (FDR).

Alternatively, Raphinha (£6.5m) offers a more long-term option, with Leeds boasting a kind schedule from Gameweek 5, while you can free up funds with Billy Gilmour (£4.5m), who has joined Norwich City on loan from Chelsea, as your fifth midfield pick.

His fixtures turn for the worse in Gameweek 4, with the likes of Michail Antonio and Raul Jimenez (both £7.5m) providing alternatives at the same cost.

Kelechi Iheanacho (£7.5m) has an extended run of kind opponents to start the season for Leicester, while Southampton's Michael Obafemi (£4.5m) completes the forward line.

However, managers will need to free up £0.5m if they wanted to bring Patrick Bamford or Dominic Calvert-Lewin (both £8.0m) into their forward lines.

They could find the cash in defence or by shopping in the budget midfield bracket, with the likes of Bryan Mbeumo (£5.5m) of Brentford and Arsenal’s Emile Smith Rowe (£5.5m) among the top picks under £6.0m.