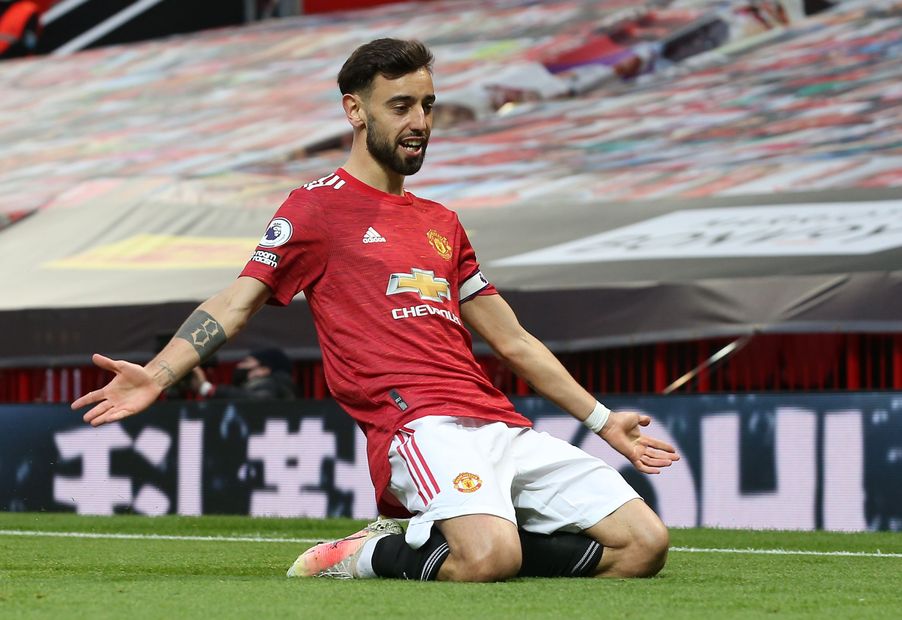 Man Utd midfielder delivers a 19-point haul in his three matches for the 2.2m managers who gave him the captaincy

It ended up being an armband choice to remember for the 2.2million Fantasy Premier League managers who captained Bruno Fernandes (£11.5m) for his historic Triple Gameweek.

Manchester United played three times in Gameweek 35, the first time this has happened in an FPL Gameweek since 2005/06, so Fernandes was an overwhelmingly popular choice for the armband.

Indeed, 191,000+ managers used their Triple Captain chip on the midfielder.

Fernandes immediately repaid his backers with a goal and 10 points in the victory over Aston Villa on Sunday and although he was benched against Leicester City on Tuesday and returned only one point, he was back among the goals on Thursday night against Liverpool.

Fernandes scored the opening goal in United's 4-2 defeat at Old Trafford for a return of eight points - leaving him with a 19-point haul for the Gameweek.

It is the 10th time this season that Fernandes has been the most popular Gameweek captain, the joint-most along with Mohamed Salah (£12.7m).

Salah was this Gameweek's third most selected captain and he managed an assist as Liverpool beat Southampton. He followed that up with a goal against Man Utd on Thursday.

Those who instead captained Harry Kane (£11.8m) were left disappointed after the striker blanked in Tottenham Hotspur's 3-1 defeat at Leeds United on Saturday.

Fernandes was the overwhelming favourite among the leading 100 managers, with Mason Greenwood (£7.2m) and Marcus Rashford (£9.6m) replacing Kane in third place.

Greenwood matched Fernandes's total with the help of two goals in Man Utd's first two Triple Gameweek matches. He was a substitute against Liverpool and was unlucky not to score.

Rashford provided an assist at Villa and after featuring as a substitute on Tuesday, he scored United's second goal against Liverpool to end with a 13-point haul.

Greenwood and Edinson Cavani (£8.0m) were the top two transfer targets ahead of Gameweek 35.

Cavani netted his ninth goal of the season after coming off the bench at Villa and claimed an assist against Liverpool to end up with 11 points.

Meanwhile, Dominic Calvert-Lewin (£7.6m) repaid over 308,000 new owners with the winning goal at West Ham United but he could only blank against Aston Villa on Thursday.

Ahead of Gameweek 35, Kane, Patrick Bamford (£6.3m) and Son Heung-min (£9.5m) were the most-sold players as the trio faced each other in their only fixture this Gameweek.

But Bamford and Son racked up 16 points between them by both scoring at Elland Road.