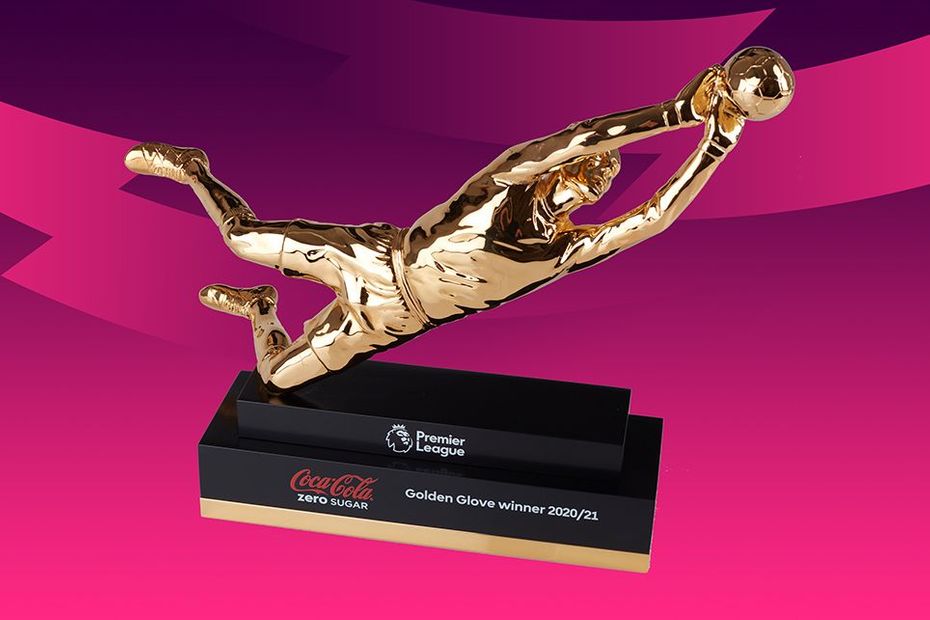 The race for the 2020/21 Golden Glove is set for a close finish, with Manchester City's No 1 Ederson coming under pressure as he seeks to retain the award for the most clean sheets in a season.

The Brazilian is on course to become only the third goalkeeper to win the prize in successive Premier League campaigns, after Liverpool’s Pepe Reina and former Man City shot-stopper Joe Hart.

Ederson won the award with 16 clean sheets in 2019/20 and has already matched that total this term, largely thanks to an incredible run of 11 shutouts in 12 matches between November and February.

But he has conceded in four of his last five matches and has fewer matches remaining than his nearest challengers, opening the door to Emiliano Martinez and Edouard Mendy.

Martinez is enjoying an outstanding debut season with Aston Villa and is only one clean sheet away from equalling the club record of 15 in a single PL campaign, achieved by Brad Friedel in 2009/10.

While he is two behind Ederson in the standings, the Argentinian has two matches in hand, so the pair's head-to-head at Villa Park during the end-of-season run-in could be crucial.

Similarly, Mendy has made an immediate impact in his first season with Chelsea, matching Martinez’s 14 shutouts.

That is particularly impressive given the Senegal international had to wait until October for his PL debut, arriving from Rennes late in the summer transfer window and only making 24 PL appearances so far this season.

Mendy has one match in hand over Ederson so, like Martinez, he will be particularly keen to come out on top when his side face Man City in May.

While the battle for the Golden Glove is a high-quality affair, Petr Cech looks likely to keep the outright record of 24 shutouts in a season, achieved with Chelsea in 2004/05. But that target could yet be matched by Ederson and Martinez.