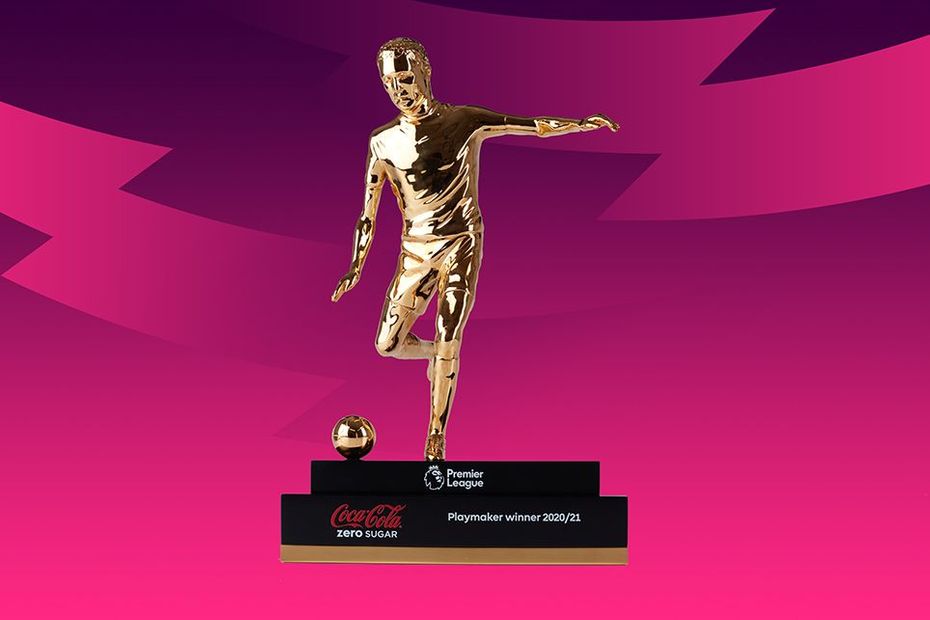 If Harry Kane continues to find the back of the net while also setting up his team-mates in similar measure, he can join an exclusive club of Premier League stars.

The Tottenham Hotspur striker is on course to become just the third player to finish a PL season with both the most goals and the most assists, after Andrew Cole with Newcastle United in 1993/94, and Jimmy Floyd Hasselbaink, who finished joint-top of both charts with Leeds United in 1998/99.

Kane leads the race for the Premier League Playmaker award, which is given to the player with the most assists, ahead of last season's winner Kevin De Bruyne.

See: Golden Boot: Kane and Salah lead pack with an eye on treble

De Bruyne is bidding for a third Playmaker award, having claimed the prize twice since its inception in 2017/18. He was also the top assister in 2016/17.

But the Manchester City midfielder only has eight PL matches remaining this term, fewer than all of his rivals for the prize, while Man City's quest for four trophies could result in some enforced rests for the Belgian in the league.

Also in contention are Bruno Fernandes and Jack Grealish.

Manchester United star Fernandes could become the first midfielder to win both the Golden Boot and Playmaker award in the same season.

He is one goal behind Kane and Mohamed Salah in the battle to be the top scorer, and three adrift of the Spurs forward for assists.

A leg injury has hindered Grealish's hopes, ruling him out of Aston Villa's last six matches.

But the 25-year-old is expected to return after the international break, and he has 10 fixtures remaining, more than everyone else in the battle for the Playmaker award.

All of the players in the running will need to step up the pace if they want to threaten the record of 20 PL assists in a season, jointly held by Thierry Henry and De Bruyne after their feats in 2002/03 and 2019/20 respectively.