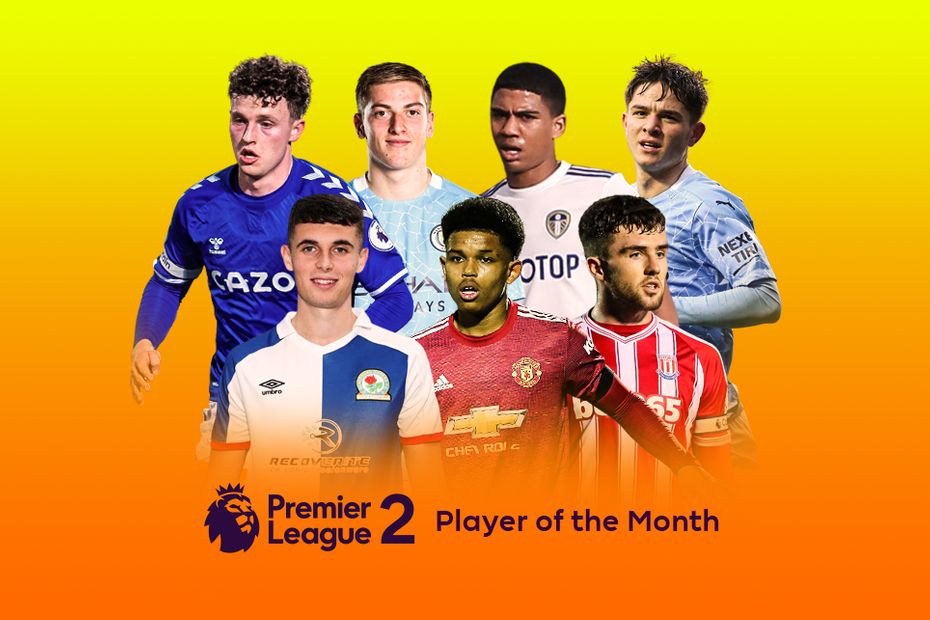 Seven Under-23 players have been nominated for the Premier League 2 Player of the Month award after impressive performances in February.

The shortlist has been selected by the Premier League's Football Development Panel after PL2 club coaches nominated the best performance by an opponent in each of their league matches.

Nathan Broadhead (EVE)
The 22-year-old striker began the month with two goals in Everton's 3-1 win at Derby County and ended it with a superb hat-trick as the Toffees beat Manchester United by the same scoreline in Division 1.

James McAtee (MCI)
McAtee made four appearances for Man City last month and claimed five assists, taking his 2020/21 Division 1 total to a league-leading nine. The 18-year-old midfielder created two goals in a 3-1 win against Everton and added three more in the 6-1 success at Leicester.

Connor McBride (BLB)
Midfielder McBride, 19, enjoyed a productive month for Blackburn Rovers, scoring four times in just three matches. He netted twice in a 6-4 loss at Man Utd and then struck twice more in a 4-1 victory over West Ham. He was given a spot on the bench for Blackburn's Championship match against Watford.

Shola Shoretire (MUN)
Shoretire played in two Division 1 matches, scoring a hat-trick and providing an assist in a 6-4 win over Blackburn before converting a late penalty in a 3-0 victory over Arsenal. The 17-year-old then made his Premier League debut as a substitute in the 3-1 win over Newcastle, before becoming United's youngest ever player in a European match when he featured in a 0-0 UEFA Europa League draw with Real Sociedad.

Ethon Varian (STK)
The 19-year-old forward claimed three goals and three assists as Stoke City won all three of their PL2 matches. He set up both goals in a 2-1 win at Burnley, scored the winner against Norwich City and netted twice more and created another in a 3-1 success at Reading.