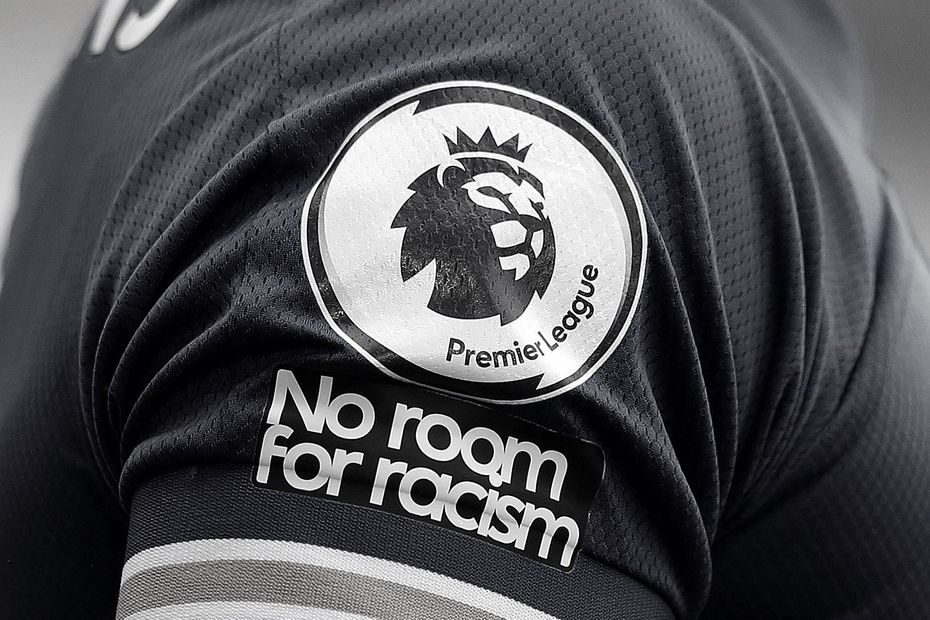 The No Room For Racism Action Plan that was launched by the Premier League in February is underpinned by the six commitments below:

These targets for the Premier League organisation have been set following research and analysis into national and regional representation, projected staff turnover and workforce growth.

They represent our commitment to treating all staff and potential candidates fairly, regardless of gender or ethnicity, and our belief that a more diverse workforce drives business performance.

The current Premier League workforce is 37 per cent female with 12 per cent from a Black, Asian or minority ethnic background.

Supporting initiatives and programmes:
- The launch of a central jobs board in collaboration with football stakeholders to provide transparency on roles available and remove barriers for candidates of all backgrounds looking to work in football.
- Creation of an engaged pool of potential candidates who will receive information about opportunities for roles or career development.
- Focused work all football stakeholders and other partners to increase the range of apprenticeships and placements across football.

Supporting initiatives and programmes:
- Agreement from football stakeholders to set an integrated diversity target for all coach development programmes and licensed courses.
- Investment in positive action programmes specifically targeting coaches from underrepresented groups including the already launched Professional Player to Coach Scheme (in partnership with the PFA and EFL) and Premier League Coach Inclusion and Diversity Scheme.
- Facilitate the sharing of the details of those coaches from a Black, Asian or minority ethnic background who have the UEFA A Licence or above (including the UEFA Pro Licence) who wish to have their details shared with Clubs.
- Premier League commitment to work with other football stakeholders to develop a coordinated coach and manager development strategy. This will have a specific focus on directly addressing the lack of first-team managers/head coaches who are from Black, Asian or minority ethnic backgrounds. The plan is in progress and a pilot development programme will launch later this year including places ringfenced for coaches of Black, Asian and minority ethnic background. Further details will be officially announced later in 2021.
- Completion of a football workforce analysis in collaboration with football stakeholders to understand the demographics of all coaching and management roles in Academies and first teams and track changes going forward.

Supporting initiatives and programmes:
- Completion of a Youth Development review of Academy player pathways and their outcomes with a specific focus on inclusion. The review will use data and personal experiences to identify any areas where action can be taken to widen access, enabling progression of the best talent and improving career outcomes as players or outside football.
- Expansion of the existing Academy Parents’ Survey to better understand the experiences of players from a Black, Asian or minority ethnic background.

Supporting initiatives and programmes:
- The recent formation of the Premier League Charitable Fund’s (PLCF) Race Equality Advisory Group to give strategic direction and practical advice to Club Community Organisations (CCO) as well as increase accountability for programme effectiveness.
- To ensure maximum impact of community programmes, the Premier League will review the quality and inclusiveness of delivery to reshape programmes, identify the right partners and develop the CCO workforces, including supporting them to diversify their leadership.
- Continued funding for 40 CCOs to appoint EDI leads to embed inclusive practice across their organisations.
- Annual reporting on PLCF-funded community programme participation levels in terms of gender, ethnicity and disability

Supporting initiatives and programmes:
- Ongoing No Room for Racism communications to urge fans to challenge and report racism wherever it takes place, encouraging behavioural change in football and wider society. No Room for Racism highlights the League and Clubs’ year-round commitment to combatting racial discrimination and sits alongside wide-ranging work promoting equality, diversity and inclusion across all areas of football.
- Continued provision of education within Premier League community programmes targeting primary and secondary school children, and within Academies as well as supporting fan education programmes.
- Continued provision of an online abuse reporting system to support players, managers and their families who have been victims of discriminatory abuse including taking legal action where required.
- Ongoing Premier League commitment to work with Clubs, partners such as Kick It Out, The FA, PFA, police and other authorities to support victims of abuse and to ensure disciplinary and legal actions are effective in dealing with incidents.

Supporting initiatives and programmes:
- Enhance the Premier League Equality Diversity and Inclusion Standard (PLEDIS) which has been in place since 2015. The revised Standard will align with the Football Diversity Code and provide clubs with clear diversity targets and guidance on how they can be achieved. The new PLEDIS will be more outcome-focused than its previous format.
- In addition, the PLCF’s Capability Code of Practice (CCOP) for CCOs will be updated to complement both PLEDIS and the Football Diversity Code.
- A commitment from the Premier League to meet the requirements of EY’s National Equality Standard, measuring best practice across policies, procedures and organisational culture.
- Continued promotion of existing club work including season-long inclusion campaigns, achievement of EDI kitemarks such as Stonewall’s "Diversity Champion" and Government’s "Disability Confident", and sector-leading initiatives, including sensory rooms, and League-wide mental health and wellbeing programmes.