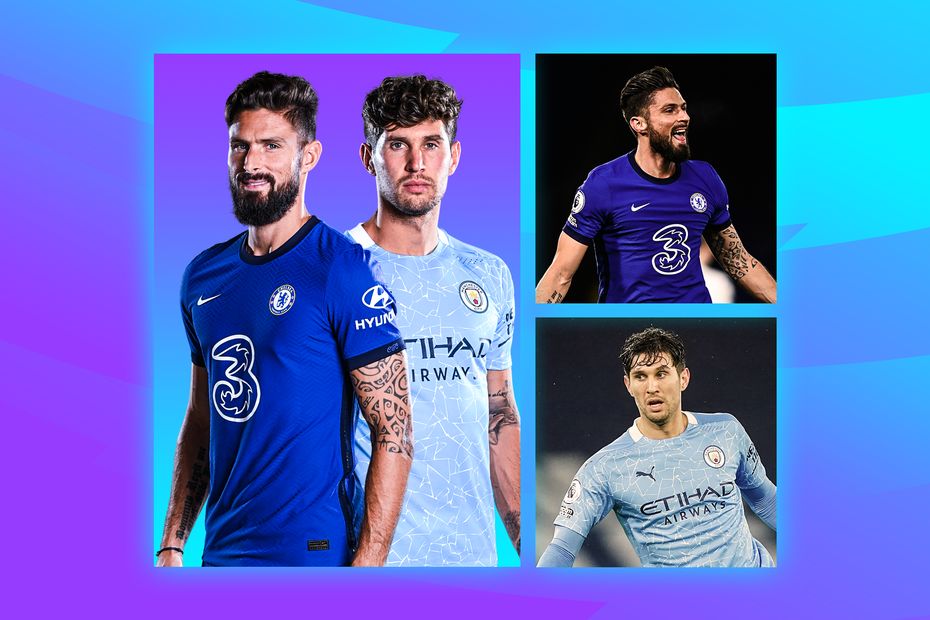 Sherwood: Giroud is the best No 9 at Chelsea

Two players who have emerged from the first-team fringes to become key figures could go head-to-head when Chelsea host Manchester City on Sunday.

Chelsea's Olivier Giroud and Man City's John Stones have both recently marked their return to regular action with outstanding displays.

Their duel at Stamford Bridge promises to be a fascinating watch.

Giroud had scored 11 goals for club and country in all competitions this season before his first Premier League start of 2020/21 last month.

The Frenchman grabbed his chance and followed up a goal in Chelsea's 3-1 home win over Leeds United with further strikes against Wolverhampton Wanderers and Aston Villa.

Hungry to impress his head coach Frank Lampard, Giroud, who also netted four goals against Sevilla in the UEFA Champions League, has led the line superbly.

He has converted a quarter of the opportunities created and his trademark near-post finishes have particularly caught the eye.

The 34-year-old dived to head in Ben Chilwell's cross at the front post last time out against Villa.

And he also dispatched brilliant near-post volleys from crosses by Chilwell and Reece James against Wolves and Leeds respectively.

If Man City allow Chelsea time to deliver quality crosses from the flanks, they must stay tight to Giroud inside the penalty area.

The arrival at the Etihad Stadium of Ruben Dias from Benfica last summer provided more competition for Stones.

The England international featured in their season's opening 3-1 win at Wolves but then had to wait a further two months for his next top-flight start, in a 5-0 win over Burnley.

Since his first outing at Molineux on 21 September 2020, Man City have not conceded a goal while Stones has been on the pitch. It is a sequence that stretches to 717 minutes.

Eliminating errors from his game, playing with renewed confidence to the right of Dias, Stones has returned to his best form.

Such has been his consistency that Pep Guardiola can ill-afford to leave him out of his starting XI at the moment.

Stones' absence from the side who drew 1-1 draw at West Bromwich Albion recently highlighted just how important he has been.

The duel with Giroud promises to be a stern examination for the centre-back, but he is playing well enough to subdue the Frenchman.