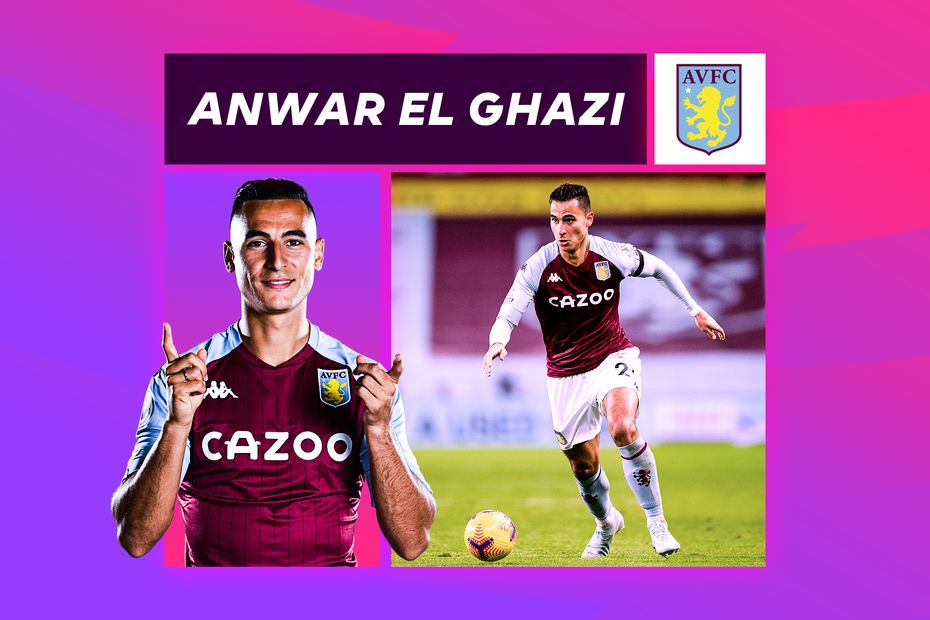 A buoyant Aston Villa will fancy their chances of making inroads down the left flank at Manchester United on New Year’s Day.

Direct, skilful and working together well, they will be a handful.

The 25-year-old is enjoying his best goalscoring run since he hit six goals in four outings for Ajax in 2015/16.

El Ghazi had to wait until 17 December to make his first Premier League start of the season, largely because of Grealish's early-season form on the left wing.

And since El Ghazi came into the side on the left flank against Burnley, he has been integral to Villa's play in the final third.

Across the last four matches he has attempted 23 shots, 14 of which have hit the target, so he could easily have been even more prolific.

Whether it is Aaron Wan-Bissaka or Axel Tuanzebe playing at right-back for Man Utd, they must keep their eye on El Ghazi's runs to the far post.

The Dutchman has ghosted in to score two close-range goals from right-wing crosses against West Bromwich Albion and Chelsea.

When Bertrand Traore or Matty Cash look up to deliver the ball into the penalty area, El Ghazi has been getting into positions to apply the finish.

The goal that earned a point at Stamford Bridge! 👌 pic.twitter.com/1cdDybm5v2

Dean Smith's formation change has had another benefit, allowing him to deploy Grealish behind striker Ollie Watkins.

Playing in a free No 10 role, but often drifting left, Grealish has been a constant threat.

From his new position, he has made an impressive 22 key passes in the last four matches.

Man Utd are playing well as an attacking force but have conceded two goals in three of their last four matches.

Villa's in-form attackers can now cause them further problems.