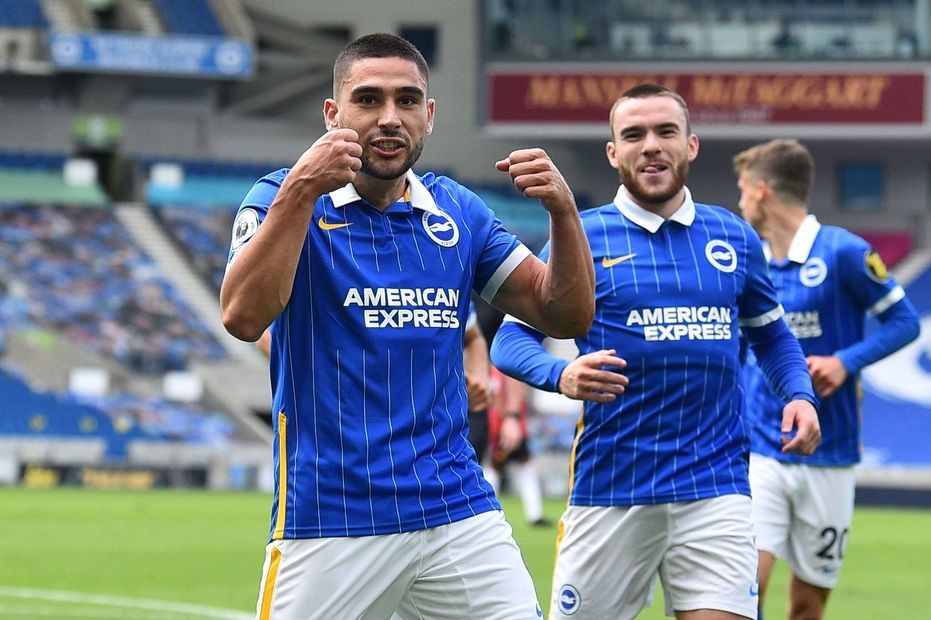 Maupay: Online abusers must learn of consequences
FPL Gameweek 6 Ones to watch

The Brighton & Hove Albion forward has proven to be a reliable source of returns in recent matches.

Maupay has collected 32 points in the last four Gameweeks, thanks to four goals, an assist and five bonus points.

He scored against Newcastle United, Manchester United and Everton during that run.

His 17 shots and 12 shots inside the penalty area both rank among the top four players in FPL over Gameweeks 2 to 5.

Meanwhile, his total of eight shots on target has been bettered only by Harry Kane (£10.7m) and Dominic Calvert-Lewin (£7.7m), who have managed 12 and 10 respectively.

Whereas Calvert-Lewin and Kane are the two most popular forwards in the game, owned by 53.9 per cent and 34.2 per cent respectively, Maupay can be found in a mere 6.3 per cent of squads.

That marks him out as a prime differential for FPL forward lines ahead of a favourable run of fixtures.

Brighton have four home matches in the next six Gameweeks.

Three of those encounters at the Amex Stadium, against West Bromwich Albion, Burnley and Southampton, score only two in the Fixture Difficulty Ratings (FDR).

A meeting with West Brom on Monday looks particularly promising for Maupay.

The Baggies have had one of the poorest defences so far this season. They have conceded 13 goals and 14 big chances, both league-leading totals.

Maupay looks well-placed to extend his run of returns in Gameweek 6 and beyond.