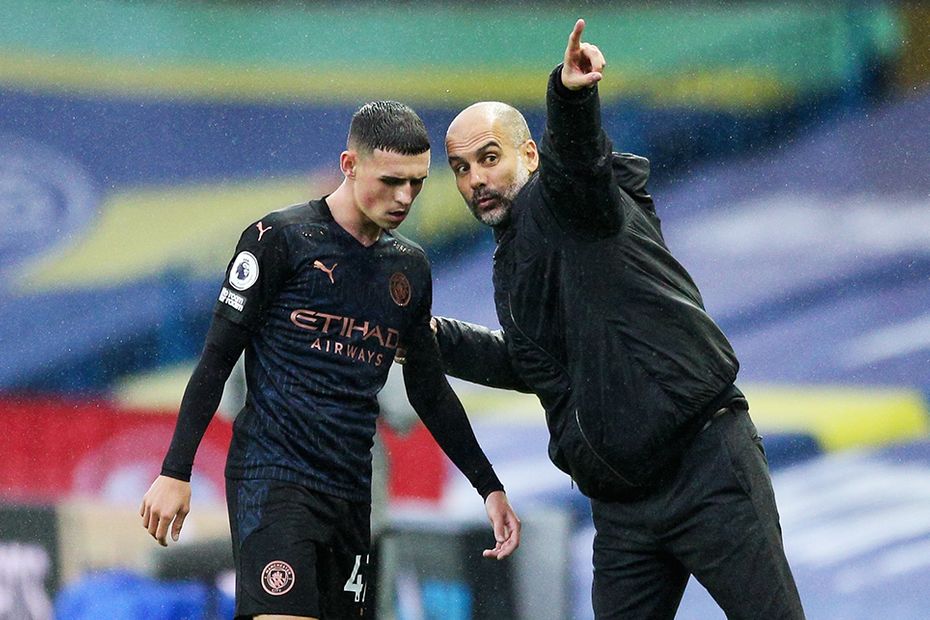 Pep Guardiola must find a more sensible balance between attack and defence if his Manchester City side are to prevail against a dangerous Arsenal team.

The tactical structure of his line-up was too open in the 1-1 draw at Leeds United, and the 5-2 home defeat to Leicester City before that.

Both opponents were aggressive with their press and brave in the way they committed players forward.

That approach exposed defensive midfielder Rodri, who regularly found himself outnumbered and unable to adequately protect the back four.

Both Leeds and Leicester found it easy to get on the ball in good areas between the lines, before picking out quality forward passes that hurt Man City.

Full-backs Benjamin Mendy and Kyle Walker were left isolated, with last season’s runners-up looking especially vulnerable down each side of the 18-yard box.

If Man City do not tighten up their shape, Arsenal will cause them similar problems.

The stats tell a very clear story. Man City are conceding too many big chances.

Opta's xGA (Expected Goals Against) metric is a sound gauge of the quality of opportunities each team face – not including penalties – and it shows a major shift from last season.

In 2019/20 Guardiola's men were expected to concede the fewest amount of goals in the division. But after three outings this term they have the third-worst record.

It will be a surprise if Guardiola does not revert to a 4-2-3-1 system for the Arsenal contest.

He implemented that shape in his team's most impressive performance so far, a 3-1 win at Wolverhampton Wanderers.

That set-up also worked well in the first half of the encounter with Leicester, and for the final 13 minutes of the exciting draw at Elland Road last time out.

On home turf, it would be a sacrifice to omit an attacking player in order to accommodate a second defensive midfielder, especially if Sergio Aguero is fit enough to start.

However, the stats clearly show that Man City's current shape is not compact enough, as it leaves Rodri on his own at the base of the midfield.

During a disastrous final 39 minutes against the Foxes and for 77 minutes of an end-to-end meeting at Leeds, Man City faced an incredible 13 shots on target.

But with Fernandinho by Rodri's side in a defensive pivot, the team have faced only two shots on target this term, and one of those was from the penalty spot.

While they have enjoyed great success at home against Arsenal in recent seasons, their FA Cup semi-final defeat at the hands of Mikel Arteta's improving side may have earned the Gunners added respect.

Guardiola is one of the boldest and most attack-minded coaches in the world, but to steady the ship he may have to show more pragmatism this weekend.

His team selection will have a significant bearing on the type of contest we see.