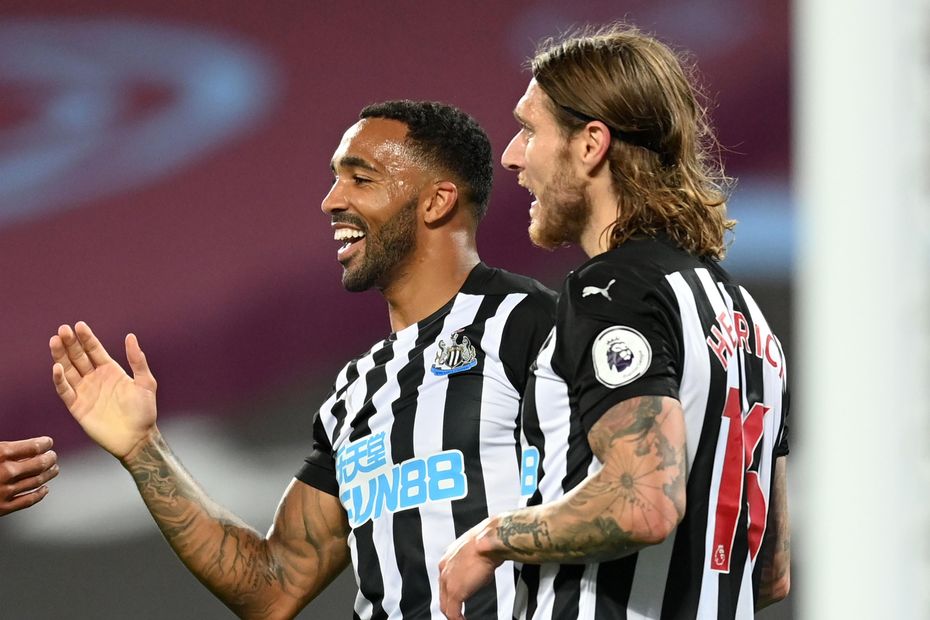 Federico Fernandez: These are the games you always want to play in External Link
Newcastle v Man Utd: Maguire a doubt for visitors

Callum Wilson will be a thorn in Manchester United’s side at St James’ Park on Saturday.

Newcastle United's four-goal striker has made an instant impact since his summer move from AFC Bournemouth and will relish the opportunity to test an out-of-sorts defence.

Man Utd have conceded 11 goals in just three matches, including a 6-1 home defeat by Tottenham Hotspur last time out.

They will have to show a marked improvement to handle the Newcastle frontman, who is full of confidence.

From a tactical perspective the signing of Wilson looks to be a masterstroke by Steve Bruce.

Last season the Magpies lacked a centre-forward able to stretch opponents with dynamic runs in behind defenders.

For a team who like to counter-attack, this quality is essential.

The pace of Wilson now offers that type of movement down the channels and enables the Magpies to progress higher up the pitch.

From there, Allan Saint-Maximin, Miguel Almiron and Jonjo Shelvey should come to the fore more frequently.

Creative players of their ilk thrive alongside strikers like Wilson, who specialise in making darting runs inside the 18-yard box.

We saw this when he escaped his marker to expertly convert Saint-Maximin’s cross in a 3-1 home win over Burnley.

The former Cherries forward also nipped across his marker to poke home from close range in a 2-0 opening-weekend win at West Ham United.

Head coach Bruce will also be delighted with the chemistry Wilson is striking up with the players around him.

The early signs indicate he can work in tandem as part of a front two alongside Andy Carroll or Joelinton, while a blossoming understanding with winger Saint-Maximin is also a huge positive.

The Republic of Ireland international hit the ground running with a goal and an assist on his debut against the Hammers, and has continued to impress.

Tactically, he is another player who suits Bruce's side. Primarily used as a narrow right-sided midfielder in a 4-4-2 formation, he balances out their midfield unit.

With Saint-Maximin keen to push forward and play as a left-sided attacker, Hendrick naturally tucks in to provide security in case possession breaks down.

Together the central-midfield trio slide across on the cover.

Hendrick's narrow positioning also frees up the right flank for Javier Manquillo to surge forward on the outside, which suits their attack-minded full-back.

When Man Utd have the ball this weekend, Joelinton will often drop into a wide position in a 4-5-1 system, with Hendrick tucking in centrally.

From here, the Newcastle midfielder must block the service into Marcus Rashford and Mason Greenwood.

Hendrick has shown his quality in this role, making five interceptions and 18 ball recoveries across the opening four matches.

Shifting between wide and central areas there is no doubt he will be a key man on and off the ball against the Red Devils.

Just like striker Wilson, the new boy has quickly stamped his mark on Newcastle's starting XI.