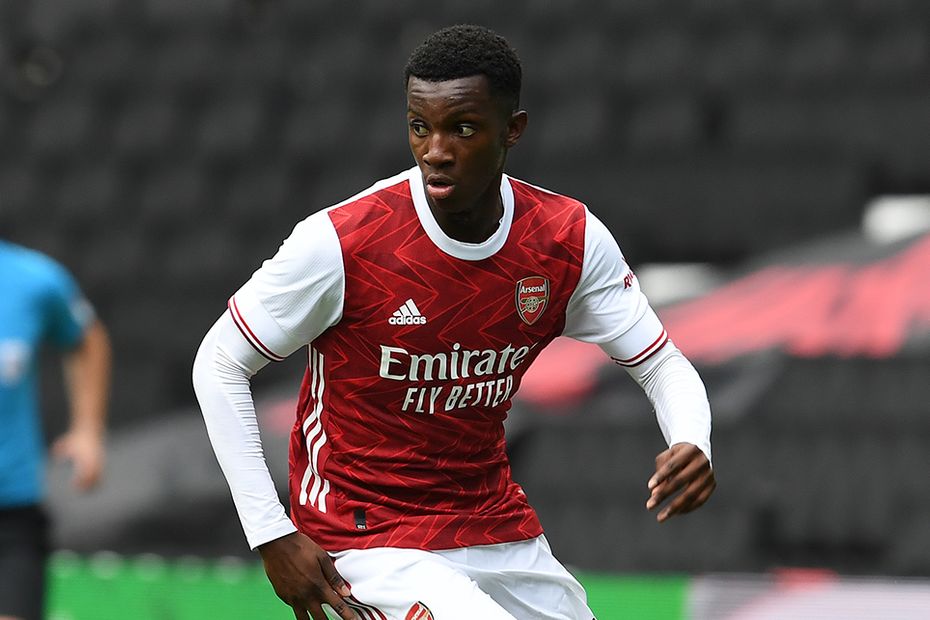 The forward sits in only 1.8 per cent of squads for Arsenal's visit to promoted Fulham on Saturday.

He started seven of their final 13 Gameweeks, scoring against Everton and Southampton.

And he now appears to have edged ahead of strike rival Alexandre Lacazette (£8.5m) for the lone striker role in 2020/21.

The 21-year-old started both their opening matches over the summer.

Having scored against MK Dons in their first fixture, he retained his place for Arsenal's Community Shield win over Liverpool.

Nketiah has also impressed while playing for England Under-21s, scoring a hat-trick in a 6-0 win over Kosovo last weekend.

In addition to facing Fulham, the Gunners also have a favourable home match with West Ham United in Gameweek 2.

At a cost of only £6.0m, Nketiah has the form and fixtures to emerge as a standout source of value from the outset.