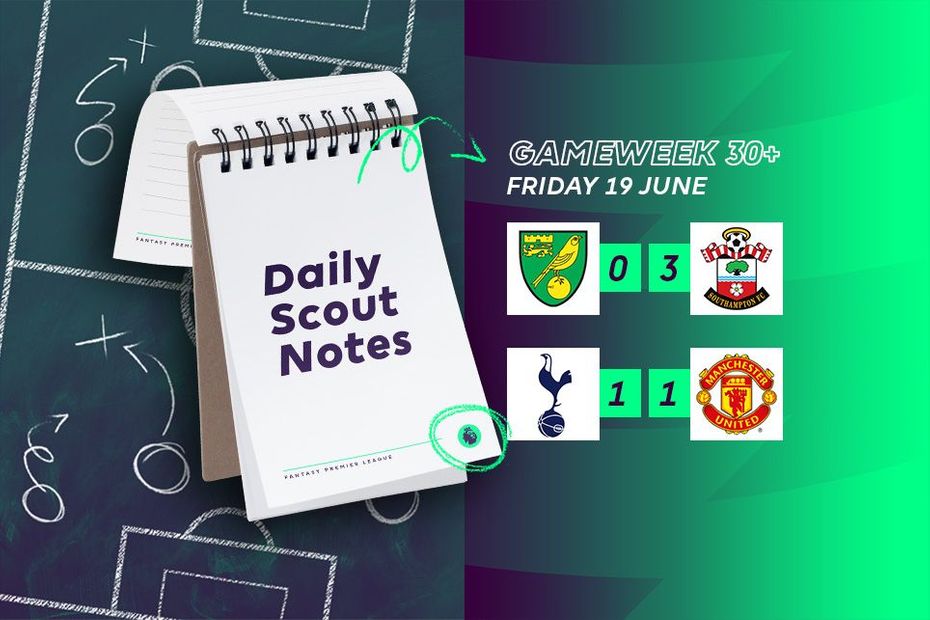 Danny Ings (£7.1m) punished his huge number of sellers by scoring one goal and setting up another as Southampton beat Norwich City.

He was the most-sold player in Gameweek 30+, moved on by 552,000+ managers on the back of one goal in his previous seven appearances.

Ings's 23.1 per cent ownership will now be hoping for more goals over the upcoming period.

He scored against three of his next four opponents, Arsenal, Watford and Everton.

Stuart Armstrong (£5.2m) continues to impress as a value pick. The midfielder has scored in four of his last seven appearances.

Saints claimed a fifth clean sheet in their last 12 matches.

Goalkeeper Alex McCarthy (£4.5m) has been their standout pick in defence over that period, averaging 4.8 points per match (ppm).

However, their upcoming schedule suggests McCarthy may have to rely on save points to keep providing value for FPL managers.

Four of Southampton's next five opponents rank in the top 10 for goals scored this season.

However, three home matches in the next five Gameweeks could help him.

Seven of his 11 goals and two of his three assists have come at Carrow Road.

The Portuguese has three goals and three assists in six Gameweek appearances, averaging 7.8 points per match.

He is already the most-bought midfielder for Gameweek 31+, earning over 30,000 new owners.

Paul Pogba (£8.3m) will be pushing for a start at home to Sheffield United after emerging from the bench to earn the assist for Fernandes's leveller.

An ownership of just three per cent suggests the Frenchman could be a key differential ahead of a very kind schedule.

According to the Fixture Difficulty Ratings (FDR) all eight of Man Utd remaining matches score no more than three.

Tottenham Hotspur's key players can also profit from a kind schedule, with four of their next six opponents scoring just two in the FDR.

Steven Bergwijn (£7.4m) could be another overlooked pick to consider. Held by one per cent of managers, the Dutchman's opener was his third goal in six outings.

Serge Aurier (£4.9m) claimed his seventh assist of the season and has the impact to thrive at both ends of the pitch for the run-in.