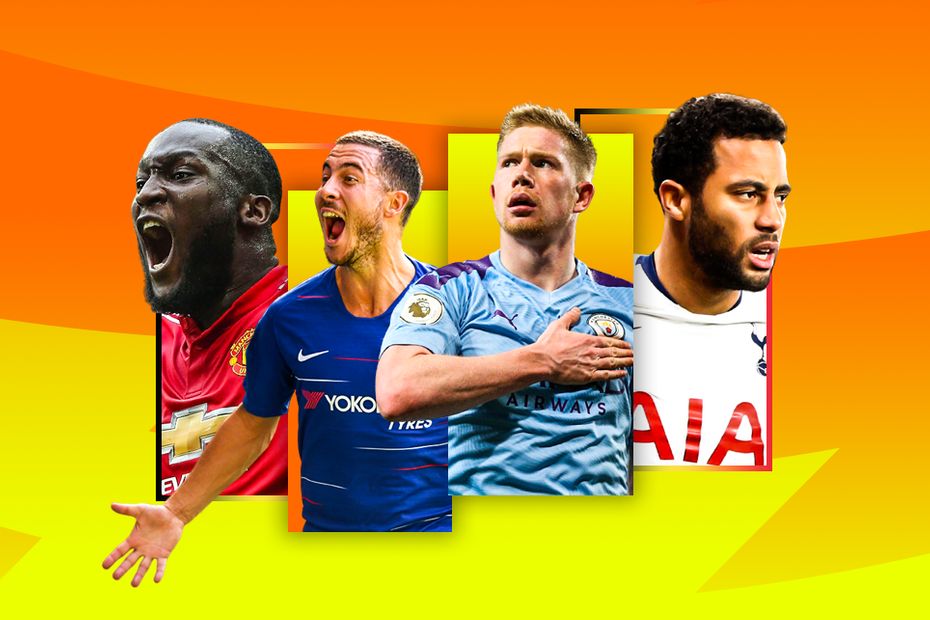 Lukaku? Hazard? De Bruyne? Dembele? Take a look at the leading numbers for stars from Belgium and cast your vote

Best Premier League goals by Belgians
Owen: I would have loved to play with De Bruyne
Vote for the best player from select nations

Over the last decade, Belgian players have become increasingly influential in the Premier League.

One of the most successful of those was Eden Hazard. He won the EA SPORTS Player of the Season award in 2014/15 in the first of his two title-winning campaigns with Chelsea.

His goals against Arsenal in 2016/17 and West Ham United in 2018/19 both won Budweiser Goal of the Month awards, while he also claimed the Cadbury Playmaker prize for producing the most assists in his final Premier League season.

Thibaut Courtois was a team-mate of Hazard's and won the Golden Glove in 2016/17 when he kept 16 clean sheets.

Romelu Lukaku also began his PL career with the Blues but went on to establish himself at Everton, following a successful loan spell at West Bromwich Albion, before joining Manchester United in 2017.

The striker is the only Belgian to have reached the 100-goal mark in the competition.

Top of the appearances list among Belgian players is Vincent Kompany, who has more PL winners' medals than any of his compatriots, with all four won as captain of Manchester City.

The centre-back was an influential presence at the Etihad Stadium, with his thunderous strike against Leicester City in May 2019 a defining moment of their most recent title-winning campaign.

Kompany was joined at Man City by fellow countryman Kevin De Bruyne in 2015.

De Bruyne leads all Belgians for assists in the competition.

Sixteen of his 62 assists came in 2017/18 when he won the inaugural Playmaker of the Season award.

A trio of Belgians have made a significant impact at Tottenham Hotspur in recent seasons.

The country's most-capped player, Jan Vertonghen, established himself as one of the leading central defenders in the Premier League and has twice been named in the PFA Team of the Year.

Vertonghen was joined at Spurs by Toby Alderweireld in 2015 and like his fellow centre-back, was selected in the PFA Team of the Year in his first season with the club.

They, along with Mousa Dembele in midfield, were pivotal as Spurs conceded only 26 goals in 2016/17 to record a best finish of second.

You can watch a video of sensational Belgian goals above, and have a look at some eye-catching numbers in the table, before voting on who you think is the Premier League's best ever player from Belgium.

Tomorrow: Who is the best ever Argentinian?