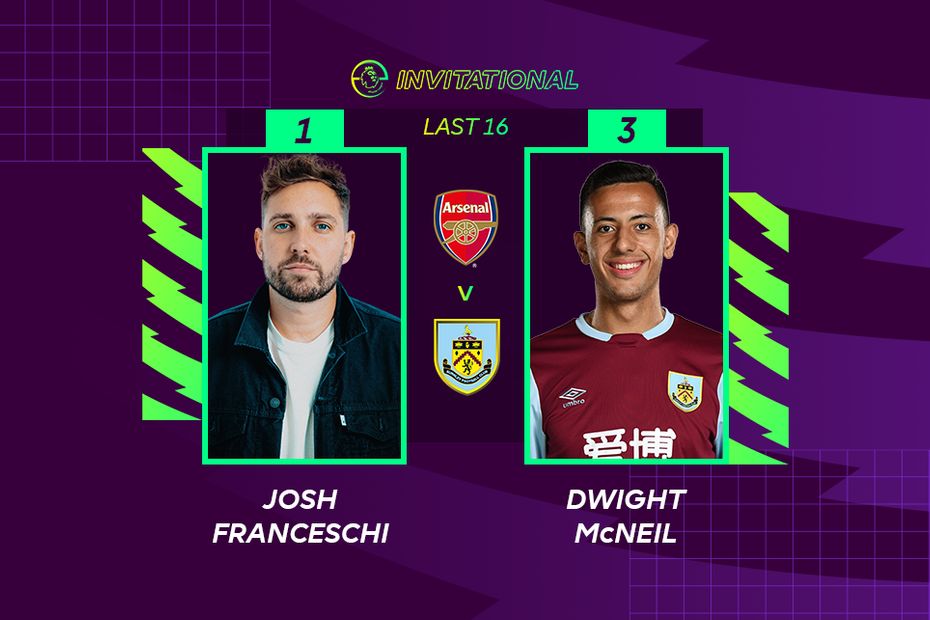 Dwight McNeil has completed the quarter-final line-up in the ePremier League Invitational tournament after steering his Burnley side past Arsenal’s representative Josh Franceschi with a 3-1 victory.

McNeil dominated possession throughout and took the lead through Jay Rodriguez.

Gunners fan Franceschi, from band You Me At Six, hit straight back through Pierre-Emerick Aubameyang. But he was twice punished for losing the ball in dangerous positions, with Rodriguez and Chris Wood applying the finishes.

Franceschi reflected: “[It was] two massive mistakes from me. If you’re going to lose you want to lose to the champ, so I want him to go on and win it now.”