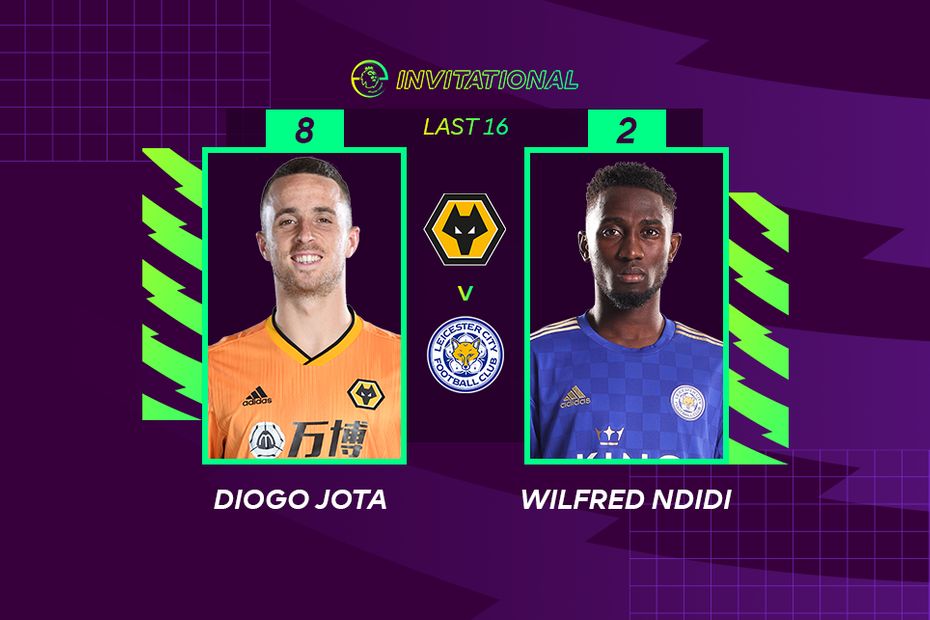 Diogo Jota scored four times with his own player as his Wolverhampton Wanderers side beat Wilfred Ndidi’s Leicester City 8-2 in the last 16 of the ePremier League Invitational tournament.

The Portuguese attacker went one better than the hat-trick he scored in real life against the Foxes, when he sealed a 4-3 Premier League victory at Molineux in 2018/19.

Jota took the lead in just the fifth minute of the last-16 EA SPORTS FIFA 20 match, with a strike from Raul Jimenez.

Ndidi went straight up the other end and equalised with Kelechi Iheanacho, but Jota then scored five times without reply including three successive goals with his own player.

Jamie Vardy made it 6-2, but Jota finished on a high as Leonardo Campana found the top corner and his own player added his fourth goal.

Jota reflected: "I think probably I know of the game than him [Ndidi]. I’m an attacker so I’m always looking to score goals instead of defending. That’s my style of play."

Ndidi said: "I think he can actually win the tournament. He’s really good. I’m not up to that standard yet, but at least I learned a few things. He’ll go far."