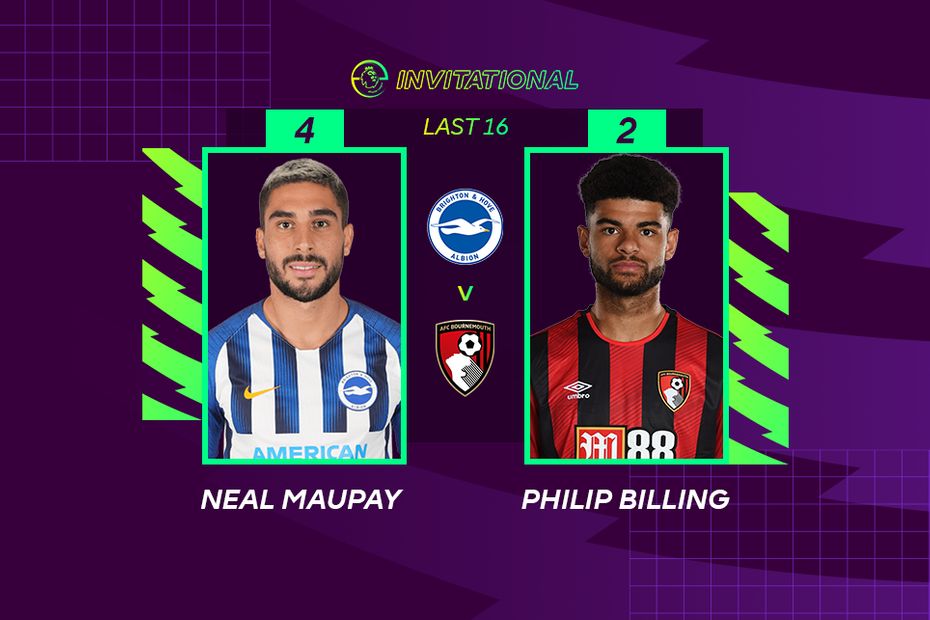 Murray starred in Maupay's 6-1 first-round victory over John McGinn’s Aston Viila, and he proved unstoppable again in the last 16 of the EA SPORTS FIFA 20 competition.

He gave Brighton an early lead, before Billing hit back to score with himself, like in his opening match against Angus Gunn's Southampton.

Murray struck again and, although Billing levelled for a second time through Callum Wilson, two more goals from Murray in the final 10 minutes secured Maupay's quarter-final spot. He will face Burnley's Dwight McNeil on Friday.

Billing was full of praise for his opponent, stating: “If he can continue like that I feel pretty confident he can win the tournament.”