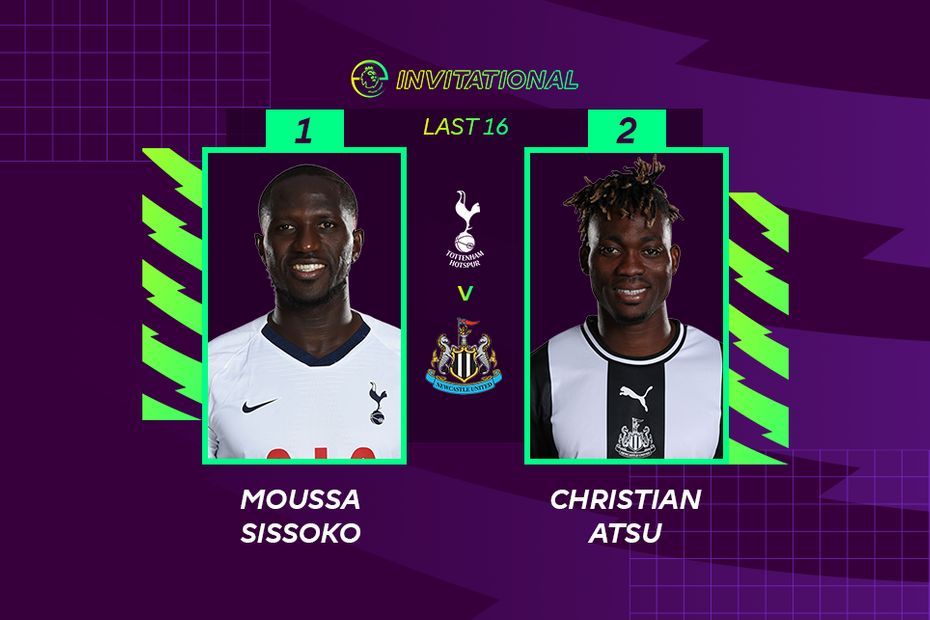 Christian Atsu scored a dramatic late winner to take his Newcastle United side past former Magpies player Moussa Sissoko, triumphing 2-1 in the last 16 of the ePremier League Invitational tournament.

At half-time the match was exactly mirroring August’s Premier League fixture between the clubs at the Tottenham Hotspur Stadium, with Newcastle again leading 1-0 through a Joelinton goal.

However, Sissoko equalised early in the second half, scoring as his own player against his old team.

It looked like the pair were going to play out the first draw of the tournament and head to Golden Goal. But Atsu grabbed the victory in the 89th minute with a header from Jonjo Shelvey.

He will face Liverpool's Trent Alexander-Arnold in the quarter-finals on Thursday and is already plotting how he might keep his opponent at bay.

“I will have to change maybe my formation because he is very good at attacking," said Atsu.

"He has fast wingers and fast strikers, his midfield is very good, so I will have to be more compact even than this one."