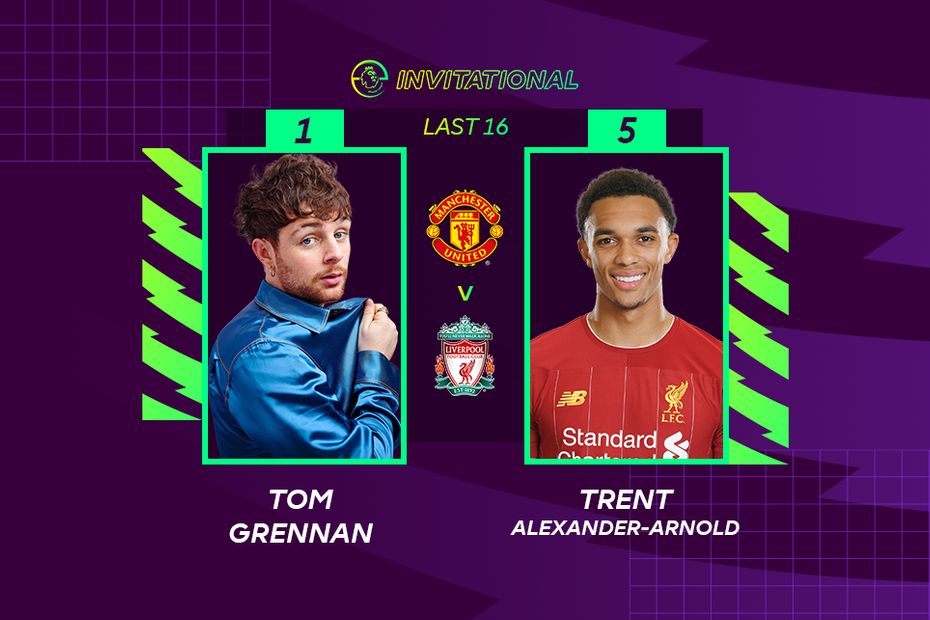 Day 2 review: Gomes sets up tie with Sterling
Sterling stars as himself to beat Zaha in last 16
Day 1 review: Maupay and Billing set the pace

Trent Alexander-Arnold booked Liverpool's place in the quarter-finals of the ePL Invitational with a 5-1 win over arch-rivals Manchester United.

Alexander-Arnold swept aside musician and Man Utd representative Tom Grennan with braces from Roberto Firmino and Sadio Mane and a goal from Georginio Wijnaldum.

He was denied a clean sheet as Grennan found the net with Anthony Martial in the final minute. But Alexander-Arnold says he was still indebted to his team-mate, Alisson.

"First half he had more chances than me but the goalkeeper saved me, Alisson made big saves!" Alexander-Arnold said.

Liverpool won 2-0 when the teams last met on the pitch in January and United fan Grennan was gracious in his FIFA 20 defeat.

"Liverpool deserved the win in real life and they deserved it on FIFA!" Grennan said.