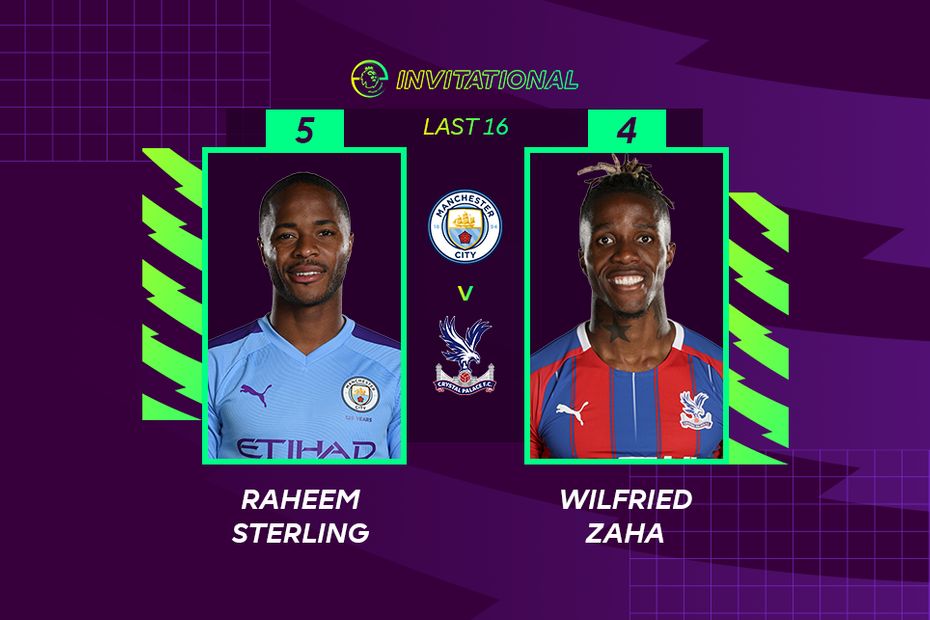 Raheem Sterling became the first player to qualify for the quarter-finals of the ePremier League Invitational with a thrilling EA SPORTS FIFA 20 victory over Wilfried Zaha.

Sterling won a nine-goal epic, with his Manchester City side beating Zaha's Crystal Palace 5-4 thanks to two goals from himself!

"This is completely different to what I'm used to; pride's on the line so there's a lot more at stake for me!" Sterling joked after the victory.

"It was all about winning. It's not about friendship today. That's the No 1 rule!"

Zaha also struck twice with his own player but was unable to book a quarter-final tie against Everton's Andre Gomes, who knocked out Chelsea's Reece James later in the day.

"My defending in that game was so bad. But Raheem's a good player and the best man won today."