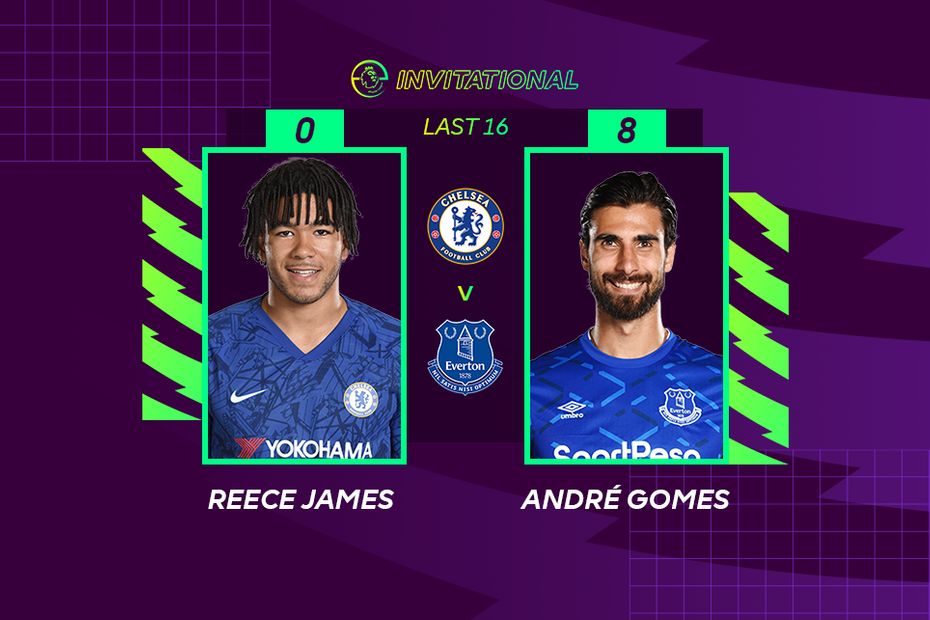 Andre Gomes took Everton into the quarter-finals of the ePremier League Invitational tournament in style, securing the biggest win of the competition so far.

The Portuguese midfielder delivered a relentless performance, beating Chelsea's Reece James 8-0, with Dominic Calvert-Lewin scoring half of his goals.

Calvert-Lewin was the key player for Gomes in the first half, scoring twice inside the opening 17 minutes before completing a first-half hat-trick.

There was no let-up after the interval and Calvert-Lewin added his fourth goal, while Gylfi Sigurdsson and Bernard struck twice each.

Gomes was resolute defensively too, keeping the second clean sheet of the tournament.

He will face Manchester City's Raheem Sterling in the quarter-finals on Thursday.

Amazingly, Gomes revealed after his comprehensive victory that he rarely spends any time honing his skills on EA SPORTS FIFA 20.

“Honestly, when we have the normal routine, when I work out with the club and we’re just going to games, I never play FIFA," he said.

"I hadn’t touched the Playstation until maybe one week ago. I did some practice and that’s it.”