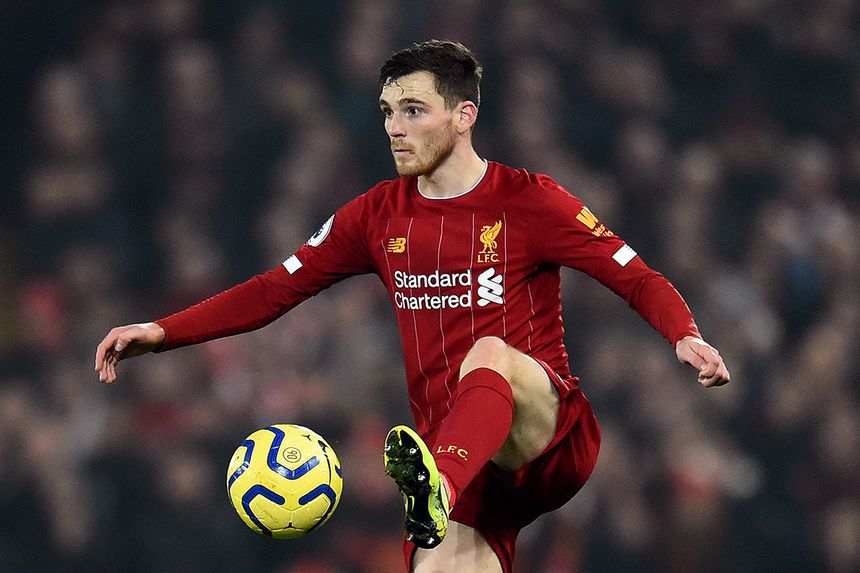 Adrian: We're really disappointed - we could have done much better External Link

The Liverpool defender has acquired a taste for big FPL displays at Anfield in the last three matches.

Robertson managed only 22 points in his first nine home appearances this season.

But the 25-year-old has since recorded 24 points across the Reds’ last three contests on Merseyside.

Not only has Robertson claimed clean sheets against Wolverhampton Wanderers, Sheffield United and Manchester United, he also provided an assist in the Gameweek 21 2-0 win over the Blades.

Now he will look to continue that fine form against Southampton on Saturday.

Robertson's attacking output has been near-identical at home and away this season, where he has supplied three assists respectively.

The Scot has recorded 10 shots at Anfield and created 21 chances, joint-second with team-mate Sadio Mane (£12.4m).

He has, though, registered only three shots and 11 chances created away from home.

Liverpool’s run of seven clean sheets in their last eight matches has taken Robertson to third spot among FPL defenders.

And the Reds’ upcoming schedule further raises his potential for more returns.

According to the Fixture Difficulty Ratings (FDR), each of their next five matches from Gameweek 25 score just two.

Liverpool play at home on three of those occasions, starting with this weekend’s visit from Saints which follows Wednesday's trip to West Ham United in the final Gameweek 24 fixture.

Should Robertson come through the Hammers match unscathed, Liverpool's schedule hands him the opportunity to extend his run of form and bring in points at both ends of the pitch.