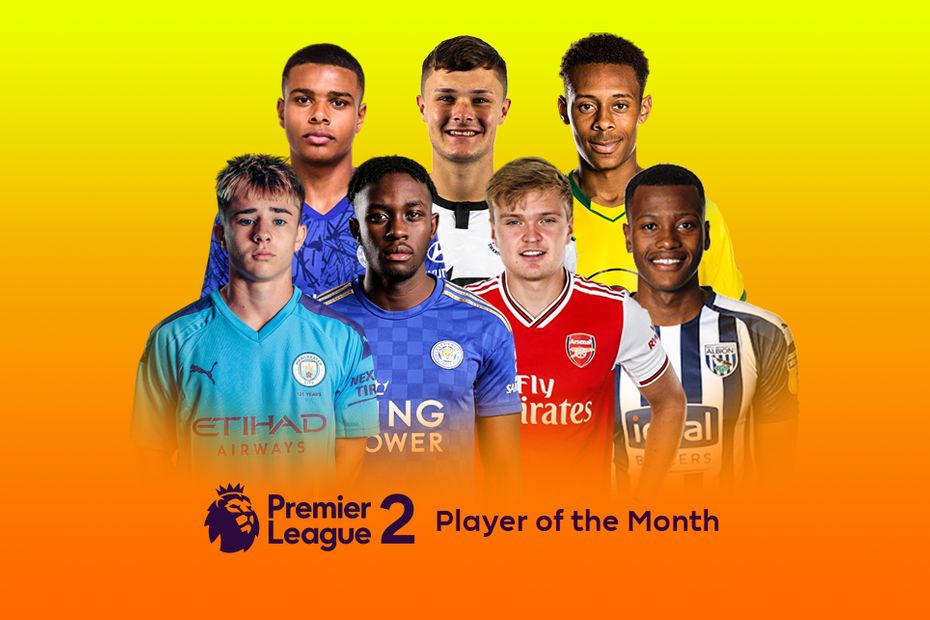 Seven starlets were nominated for the January 2020 Premier League 2 Player of the Month award.

The monthly winner is also decided by the Panel.

The 18-year-old midfielder was pivotal to leaders Chelsea remaining unbeaten in Division 1 this season. He scored both goals in a 2-2 draw at reigning champions Everton before getting another goal in a draw against Leicester City that kept the Blues above their title rivals in the table.

Cullen scored 10 goals in four appearances across three competitions. In PL2, the 20-year-old’s penalty secured a 1-0 Division 2 win at Stoke City before he hit a hat-trick and got an assist in a 5-1 victory over Middlesbrough. He then netted all four goals as Swansea City beat Everton to reach the International Cup quarter-finals before getting a brace in the PL Cup versus Charlton Athletic. He was rewarded with his Championship debut on 1 February.

Striker Hutchinson was involved in four goals in just two PL2 Division 2 starts during the month. The 19-year-old scored and assisted in a 4-3 win at Middlesbrough and netted a brace as Norwich City beat Aston Villa 2-1.

The youngest nominee at 17, Knight impressed as he started all three Division 1 matches as Manchester City beat Liverpool 1-0 and Everton 4-1, either side of narrowly losing to unbeaten leaders Chelsea. The diminutive forward also featured in the EFL Trophy against Scunthorpe United.

The 21-year-old Zimbabwean’s January form helped earn him a loan move to Swindon Town and a nomination for the award for a second successive month. The forward played three matches in all competitions, scoring three times as Leicester rose to second in PL2 Division 1, before taking his tally to 10 for the season with a winner against Tranmere Rovers that secured the Foxes an EFL Trophy quarter-finals spot.

The 19-year-old midfielder helped Arsenal earn comeback draws at both Derby County and Everton. He got a goal and an assist against the latter before featuring as the Gunners qualified for the last eight of the Premier League International Cup by beating Leicester.

Two of the 19-year-old’s five January matches came at senior level as he earned substitute appearances in FA Cup wins over Charlton and West Ham United. In PL2, the forward got four goals and two assists in just two outings as West Bromwich Albion rose to third in Division 2 with victories over Reading and Sunderland. He also played as the Baggies beat Hull City in the PL Cup.