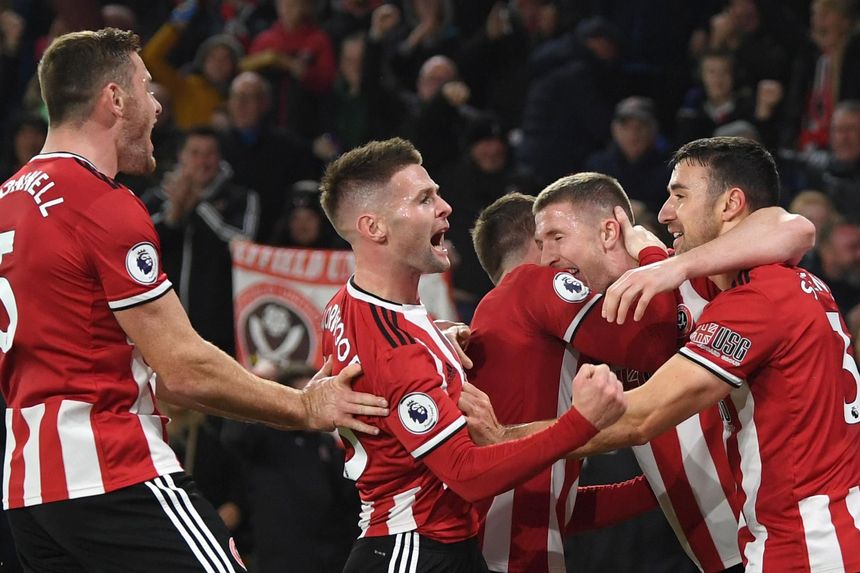 Chris Wilder’s men have boasted one of the strongest defences in FPL this season, recording eight clean sheets, second only to the nine of Liverpool.

Their total of 23 goals conceded is again bettered only by the 15 let in by Jurgen Klopp's team.

Their next five matches score just two in the Fixture Difficulty Ratings. This suggests that doubling up on their defence could reward owners.

Here are the best Sheff Utd options for FPL managers to consider.

A midweek penalty save against Man City took Henderson to the top of the FPL goalkeeper standings.

The 22-year-old has recorded 101 points, boosting his tally with 14 points from saves and eight bonus points.

That total is a close second behind the 107 points of team-mate John Lundstram (£5.1m).

Henderson’s average of 4.4 points per match (ppm) is the same as Liverpool's Alisson (£6.1m) among goalkeepers with more than 10 starts.

He is the second most-popular player in FPL, owned by 46.8 per cent of managers.

Playing as a midfielder has enhanced Lundstram's attacking output.

The 25-year-old has three goals and has also supplied three assists from 23 appearances.

His 31 shots and 21 shots in the box are both the second-highest totals for the Blades, underlining Lundstram's status as a key player for the team.

The Irishman could be an ideal differential in defence for a double-up alongside Lundstram.

Stevens has created 27 chances and registered 12 shots to the 13 chances and nine shots recorded by Baldock.

Despite his inferior numbers, Baldock sits in 11.0 per cent of squads compared with the 2.3 per cent of Stevens.

The midfielder has had a major influence in recent home matches.

Fleck has 51 points in his last seven outings at Bramall Lane, totalling four goals and two assists during that run.

Despite a favourable price of £5.0m he has remained a big differential, with just 4.8 per cent ownership.